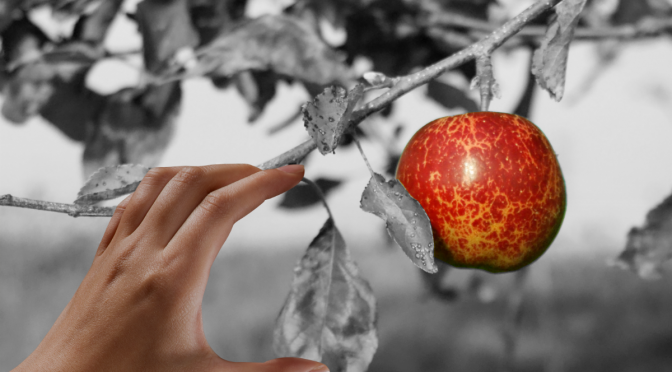 This topic is nothing new.  Type 'Peak Apple' into any search engine and you can find plenty of thoughts on the matter.  I think it bears a close look, as this could offer a great trade opportunity for downside.  Speaking of downside, Apple continues to trade some $25  below its 2015 record highs.  It has been a tremendous story/growth stock the last `10 years,  and was the biggest company in the world by market cap in 2015.  But as we saw with the latest $AAPL earnings  report, 'Peak Iphone and Ipad' is here.  The question going forward...  'Have We Seen Peak Apple?'

Let's start with the IPAD.  Sales continue to fall.  When you make a great product that lasts, and isn't subsidized via a contract with a wireless provider, you are less apt to buy a new device every year.  Perhaps the upgrade cycle will kick in with the latest IPAD Pro announced in March and sales will turn around.

Apple will ship 9.8 million iPads in the first quarter of 2016, potentially its lowest quarterly tablet sales since the iPad 2 in mid 2011, according to Taiwan-based DigiTimes Research. The research note claims Apple will account for 21% of global tablet shipments, trailed by Samsung Electronics with 14% market share.

I think it's safe to say that the IPAD isn't going to be the spark that reignites the Apple growth engine.  I could be wrong, I may be crazy, but the numbers don't lie.

How about the IPhone?  The latest earnings report points to a product that has saturated the market.  We are at the point where each iteration of the IPhone is becoming less and less 'necessary' for the consumer.

iPhone sales growth—the driver of the company’s unprecedented run of financial success—has slowed to 1 percent, thanks in part to softening demand in China. Cook’s unshakable optimism notwithstanding, the phrase that dominated the headlines from Tuesday’s earnings report was “peak iPhone,” as in: “Have We Reached Peak iPhone?”

However a recent article suggests that Android continues to gain share in China:

Apple Investors Stuck in the Past?

The Iphone is certainly not going the way of the Blackberry.... right?  The interest in Blackberry peaked 'AFTER' the stock peaked.  Has that already taken place with $AAPL?

Back in May of 2013, $AAPL had just fallen some 40% from its September 2012 highs.  The analysts were downgrading the stock left and right.  I thought at that time that $AAPL was going to soar, and it did.  It was a shock to many market participants.  Those same analysts that were downgrading $AAPL in 2013 are the ones upgrading it in 2015 and 2016.

The stock ended up rallying 100% from the lows in March 2013 to new all time highs, and ultimately became the largest company in the world by market cap.

But interest is waning.

The Iphone SE appears to be off to a good start as shipping is delayed because of lack of supply.

Stores are nearly out of stock of Apple's new iPhone SE, and new orders will not ship for a few weeks, AppleInsider reports

This bears watching in the coming months.  However Apple is projecting that its revenues for Q2 could be lower than those it posted in the same period last year. That would be its first year-on-year decline since 2003—four years before it introduced the iPhone.

How about the Apple Watch or Apple Pay?

It's too early to tell.  Some say Apple Watch is already a flop.  Others say people are willing to get the next model 'sight unseen'

Apples next earnings report will shed some light.

Here is a great read on it from SeekingAlpha

From a chart perspective $AAPL continues to put in a series of lower highs.

and at least over the short to medium term looks vulnerable to a move back to the $100 level and support in the $90's.

Let's not say Peak Apple yet.  Apple's peak in the fall.  But let's say for now, the crunch, texture, and juice leaves something to be desired.

I will continue to trade for the possible downside outcome via out of the money puts.  A break of the resistance will change my bearish perspective on the stock, because above all else, in this centrally planned marketplace, price is ultimately all that matters.

Sources not already linked or cited: Apple May Have Peaked in 2015