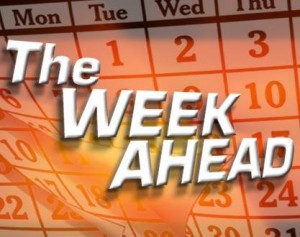 Join our weekly Webinar 10:30pm on Sunday April 21st as we discuss the upcoming week. With earnings season picking up steam, there are sure to be some great trading opportunities.

This is for Gold and Diamond members. Sign-up here : https://www.optionmillionaires.com/live-event-classes-jtv/

We sent a test text alert via our system yesterday as there have been some folks who have had some issues, and wanted to make sure it was working properly. If you are a Gold or Diamond member reading this post and did not receive a text yesterday from our Site even though you are signed up, please email us at optionmillionaires@gmail.com .

We will have a Text Trade idea next week.

Yesterdays green open was short lived, as the market sold off and actually broke the 153.80 area i was concerned about. The market did rally a bit from the lows but still finished in the red with some of the high fliers like LNKD, PCLN, and NFLX taking it on the chin while AAPL continued its downturn with the stock price nearly cut in half since Sept.

After hours we had earnings from CMG, GOOG, ISRG, IBM, and some others this morning like UA, and MCD. The only trade i had was on ISRG. The company handily beat expectation but their outlook for procedure growth was at the low end of expectations, allowing the bears to bring the stock down. May look to try for some lottos at the open. CMG beat estimates as well and the stock is up nearly 5% pre-market. GOOG beat on eps but was a little light on revenue and most analysts kept buy/outperform ratings on it.

With the market nearing support areas, I am becoming a bit more concerned of further downside, but I am still a short term bull here. Will just mean instead of looking for a bounce everyday, I will be more open to puts and downside plays. WIll talk more about it on the week ahead Sunday Night.

After Capital One reported higher than expected Q1 EPS partly due to reserve releases, Oppenheimer believes that the company's EPS was in-line, even excluding the reserve release and a $97M addition to the reps and warranties reserve. The firm keeps a $69 price target and Outperform rating on the shares.

AAPL Apple initiated with a Buy at Standpoint Research

Baird called Google's Q1 core results solid but noted its earnings beat was largely due to a lower tax rate. The firm also noted Motorola was a drag on margins and despite macro and European concerns the report was better than expected. Shares are Outperform rated with an $830 price target.

VRTX Vertex price target raised to $95 from $65 at Needham

Needham raised its price target for Vertex citing the positive Phase 2 results for the company's second corrector compound, VX-661. The firm reiterates a Buy rating on the stock.

GOOG Google price target raised to $900 from $850 at Needham

Needham raised its price target for Google shares to $900 following the company's Q1 results and reiterates a Buy rating on the stock.

GOOG Google price target raised to $915 from $830 at Citigroup

Citigroup raised its price target for Google shares and says the stock's valuation is reasonable following the company's Q1 results. Citi reiterates a Buy rating on the stock.

With option expiration day today, we can see some Pins, meaning AAPL and GOOG will most likely close at even strikes for Max Pain. AAPL 380 and GOOG 770 or 760 is where I would guess right now.

Will play a few lottos today as well as grabbing my position for NFLX earnings next week. Here is what i am watching:

Also, will be sending out a ‘Test” text alert today to ensure everyone is getting them. Will follow up with a blog post later today to follow up. Lets have a great end to the week!

So much for “Buy the Dip” yesterday as the market was in full sell-off mode and erased all the gains from Tuesday. Futures are currently green but it would not be surprising to see those gains vanish through the day. Jobless claims came out this morning and were inline. Also had earnings from AXP, SNDK, and EBAY yesterday. All three were down yesterday with SNDK down over 10% at some points, but has since recovered to be green at the moment as well as AXP. TZOO reported earnings this morning that beat expectations on both ends and is up over 10% pre-market. They have a conference call at 11am so that may either help add or subtract from it’s current  gain.

After the bell today we have some of the more notable earnings reports, and the ones I am more interested in with CMG, ISRG, and GOOG.

SNDK SanDisk price target raised to $77 from $70 at Susquehanna

Credit Suisse said SanDisk's Q1 report was solid and views as conservative. The firm notes that Sandisk will not add wafer capacity in 2013 and maintained its capex, providing a favorable backdrop for shares. Shares are Outperform rated.

Pacific Crest expects Apple's Q2 and Q3 results to meet buyside expectations,and the firm thinks that such results could drive the stock higher. The firm remains uninspired by the company's longer term outlook, however, and maintains a Sector Perform rating on the shares.

JPMorgan believes the deterioration in Apple's valuation could reverse as the risk-on trade eases. The firm attributes the sharp pullback in shares to concerns around revenue deceleration, increasing competition, gross margin deterioration, and a lack of product catalysts. JPMorgan thinks consensus estimates for Apple could move higher through 2013 and keeps an Overweight rating on the stock with a $725 price target.

SCSS Select Comfort reinstated with an Outperform at Raymond James

eBay shares should be bought at current levels, says Stifel

After eBay lowered its Q2 guidance partly due to macro concerns, Stifel expects macro worries to weigh on the stock in the near-term. The firm, however, thinks that the company can still meet its three year guidance.

I will be trying ISRG calls today for possible large upside after earnings. I am not as sure about GOOG and CMG but may try for some lottos as well. We have all seen what can happen being in on some small positions into earnings, so all three below are EXTREMELY risky with the odds that they all expire worthless on friday VERY high so please treat with caution, as you should with ANY options trade:

We had a strong broad-based rally yesterday, as folks bought the dip from Monday and commods started to get a bid. We had earnings from YHOO and INTC last night that weren’t as strong as folks were expecting, and both are down pre-market. BAC reported this morning with weaker results as well.

Futures were already down quite a bit overnight on a Europe sell-off, as fears of a China slow down are giving folks a reason to take some profits.

Yesterdays rally pushed us above any  concern levels on the $SPY.. for the moment. Right now the 50DMA on the $SPY is $153.80, if we head to that level and break below in the next few days, I may start to change my Bullish sentiment. For now we are still in ‘Buy the Dip’ mode.

Here are some of the analyst changes from today:

As previously reported, Bofa/Merrill upgraded Yahoo! to Buy from Neutral. The firm upgraded shares based on favorable risk/reward. Price target is $28.

WDAY Workday initiated with an Outperform at Wedbush

Baird maintains its bullish outlook on Intel citing touchscreen notebook demand, a recovery in enterprise, and strong growth in high end computing. The firm sees the potential for revenue upside if an economic recovery takes place. Shares are Outperform rated with a $26 price target.

Following trip to Brazil, Morgan Stanley said it has increased confidence in Brazilian farmers interest in Intacta soybeans and their willingness to pay for it given successful field tests. The firm rates Monsanto an Overweight with a $125 price target.

I didn’t purchase any positions from yesterdays watchlist, although the $LNKD $185 calls did go from $.50 to $1.59. Will look to enter some of the earning plays for tomorrow as well as looking at OPEN again. LNKD looks strong and will wait to see if it dips before getting in some calls today, as I said monday I think this breaks all-time highs this week. Also think OPEN pullback is unwarranted based on the JPM downgrade, and will look for some calls again. ISRG reports tomorrow after hours so will look again to grab a position today as well as TZOO for the earnings before the bell tomorrow.