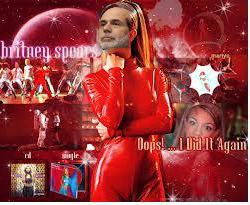 Oops!... I Did It Again. Such a fitting tune for today's Federal Reserve-induced market explosion to record levels. Ben Bernanke and the Fed have indeed done it again. They surprised the market in September by ignoring the calls for a taper and today they did exactly the opposite of what most analysts were predicting, announcing a continuing, though reduced to $75 billion per month, economic stimulus in the form of quantitative easing.

The price action on the markets was also unexpected, as the taper was supposed to lead to a risk off trade. Instead, a buying frenzy ensued and stocks closed the day at session highs.

Oops!... I Did It Again. The song was released a few weeks after the dot-com internet bubble officially started deflating in March 2000. The NASDAQ topped out at 5408.60 on March 10th of that year. Today, the NASDAQ sits well off those lofty prices but at the rate the market is rising, it seems only a matter of time until we're back there. Internet bubble, housing bubble and every other "bubble." Are we in the next one yet? Type the words "stock bubble" into your favorite search engine and every day there's somebody different calling this current market a bubble. Here are a few of the latest "bubble" reads:

As for ourselves, we've been talking about stock market crashes and bubbles for quite a while here at optionmillionaires.com:

Oops! I Did It Again. Ben Bernanke did it again and best of all: he's going out on top, with the S&P 500 soaring to new highs. He said he was going to force investors into risky assets and sacrifice all the honest savers and retirees out there. He's done it! The market will shed a tear the day he steps down, but prices will likely remain aloft as incoming Fed Chairwoman Janet Yellen takes over the helm. The market better hope she maintains the current asset inflation scheme or its going to be Thriller Time: 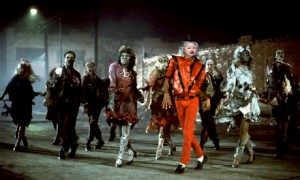