When I awoke this morning DJIA futures were up over 100 points... or perhaps that was just a dream.  By the end of today's trading session it sure felt like it.  Another manic Monday choc full of headlines.

The market stabilized at the open, but then a wave of selling took over and the indices plummeted.

Despite the morning collapse not everything was trading lower today.  $TWTR neared $41 before suffering a sharp reversal.

$FEYE was already soaring higher when word of the ISIS hacking started to spread.  The Cyber Security theme is a popular one this year, and rightfully so.  I think the stock has a lot more room to go higher, but keep fresh in your mind that last Tuesday $FEYE dropped over 8%, and was under the $30 handle.  Tuesdays and $FEYE don't seem to mix, let's see if tomorrow is different.

Who can go a trading session these days without talking about crude oil?  Oil continued its move toward $0.0001 , with a 5%+ plunge to the downside.

And the US Oil Fund

Some of the USO strikes today moved over 100%, and had this move happened in the mundane months of spring last year they'd have moved over 200%, but the market is already pricing in significant price potential.  100% is still a very nice gain....if I do say so myself.

If you didn't catch this article from the morning reads, I am posting it again as I think it gives a great overview of what looms ahead for the banks amid a crumbling oil. 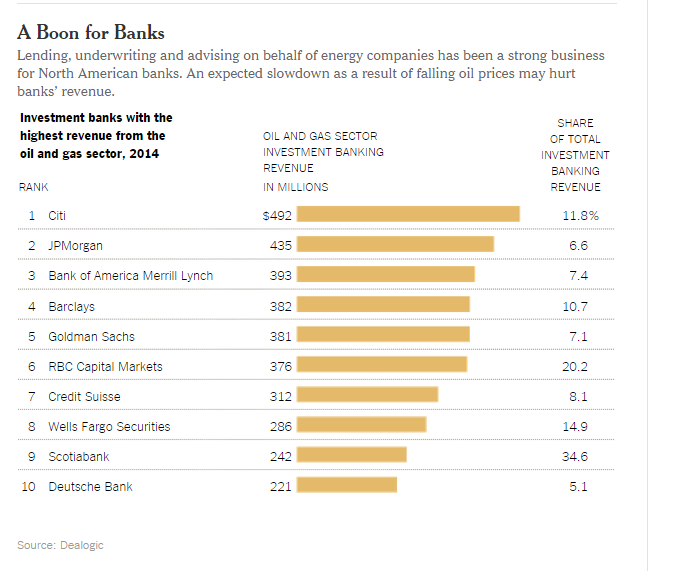 Alcoa (AA) shares rose 1.4% to $16.39 on heavy volume after the company reported adjusted fourth-quarter earnings of 33 cents a share on revenue of $6.4 billion.

Analysts polled by FactSet had forecast a profit of 28 cents a share on revenue of $6.04 billion for the aluminum giant

We have $JPM, $WFC, and $GS leading the way this week.  Earnings season really starts to snow ball into the end of the month.  Take the recent volatility , add earnings season to it and we could be looking at some even more bumpy trading ahead.

What Will Tomorrow Bring?

The $SPY broke through key Abenomics support today.  Overall the S&P500 is in a channel and finding support at the upper and lower ranges

The trend remains to the upside, but the crash in oil presents uncertainty.  Once the price of oil stabilizes I think you can be more confident about this market making the move to new record highs.  But until that time happens, indivual names continue to work.  $WMT, $BIG, $TWTR, $FEYE, lower prices at the pump are giving consumers more money to spend... in theory.  We'll know more when earnings reports start to come in.

The market has been lower 7 out of the last 9 trading sessions.  This is certainly not a good sign.   However take it with a grain of salt..... Today I saw one statistic that compared the recent trading to previous times in history and noted that any sell-off similar to the one we are experiencing to start 2015,has resulted in a year of negative returns only ONCE.  The odds still favor a positive year for 2015.