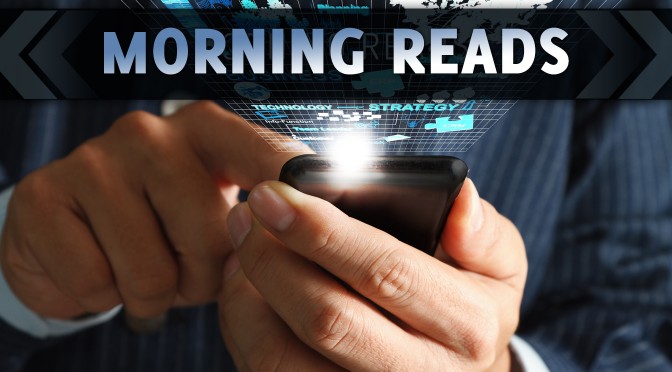 Things are getting serious over at Twitter (NYSE:TWTR) - at least according to the latest media reports. Elon Musk met with the crew in the C-suite on Sunday after Twitter went for the poison pill to block him from increasing his 9.2% stake. The ongoing drama saw Musk unveil a $43B bid for the social media platform only 10 days ago after declining a board seat, prompting the company to go on the defensive before shifting its posture towards striking a deal.

What changed? Musk has lined up $46B in financing to fund a buyout ($25B in debt coming from investment banks and $21B in personal equity). He is also rallying Twitter shareholders, like Thrivent Asset Management, to support the takeover following private meetings on Friday. A bigger fear for the board could be a tender offer, which could reveal Twitter shareholder support for Musk's bid. While the poison pill would prevent them from tendering their shares (and require multiple years to gain board control), the company's negotiating hand would weaken significantly if it was shown to be going against its investor base.

In the meantime, Twitter is working on estimating its actual market value to compare it with Musk's "best and final" offer of $54.20/share. Executives also want breakup guarantees if the deal falls through, and are conducting due diligence into regulatory investigations against Musk that could risk the deal from being completed. The Tesla (TSLA) CEO has said he wants to "transform" Twitter into a "platform for free speech around the globe" by implementing improvements to its products and policies.

Lack of movement: Twitter went public in 2013, but its shares have hardly moved in the eight-and-a-half years since hitting the market. While the company had priced its IPO at $26 per share, the first trade that regular investors could take part in came in just north of $45. Today, Twitter shares are changing hands around $49 in premarket trading, up 7% from where Elon Musk first announced the potential takeover on April 14, but still 10% below his offer price. (5 comments)

The April market selloff is continuing apace with China stocks falling to their lowest level in two years on Monday. Overnight, the Shanghai Composite plunged over 5% for its biggest one-day drop since February 2020, while WTI crude oil slipped more than 4% to below $100 on demand concerns. Rising coronavirus cases are increasing fears of a wider lockdown in Beijing, and the country's easy monetary policy may be no match for the effects of its zero-COVID policy.

Commentary: "There is no shortage of blood on the financial market dancefloor this morning," SocGen's Kit Juckes wrote in a research note. "A poor equity market close on Friday rather set us up for it, but the war in Ukraine, the threat to the Chinese economy of Covid restrictions, and the monetary policy rhetoric, led by the Fed but followed all over the world, make a potent cocktail. The straw to cling to, is that it's Monday, and this is, mostly, an extension of a move based on last week’s concerns, rather than a new move. It's not much of a straw because the key themes aren’t going to change."

Traders are also preparing for the busiest week of earnings season, with 160 companies in the S&P 500 set to report quarterly results. Of particular note is the Big Tech companies, including Alphabet (GOOGL), Amazon (AMZN), Apple (AAPL), Meta (FB) and Microsoft (MSFT). Earnings are set to rise 6.6% Y/Y for the quarter, according to FactSet, but last week's disaster at Netflix (NFLX) remains fresh in investors' minds, with shares of the once-FAANG participant collapsing after losing subscribers for the first time in a decade.

Scratch the comeback: Following the rally in April, the S&P 500 is back in correction territory this month, down 11% from its high. The Dow Jones Industrial Average is only off by 2.5%, but the Nasdaq has plunged nearly 10% over the last several weeks and is down more than 20% from its record. (11 comments)

Following marathon negotiations over the weekend, European lawmakers finally approved regulation that will force tech giants to monitor online content more aggressively. The Digital Services Act will compel companies like Meta (NASDAQ:FB), Twitter (NYSE:TWTR) and Google (NASDAQ:GOOGL) to tell regulators exactly what they are doing to combat misinformation online and quickly rid their platforms of illegal content (such as incitement to terrorism and child sexual abuse). Tech giants will also be obligated to provide transparency about the algorithms they use to recommend content and can be required to take certain measures in the event of a crisis (like the Russian invasion of Ukraine).

Bigger picture: The new proposal, set to come into force as early as 2024, is the second part of the EU's dual approach to protect internet users. The first, called the Digital Markets Act, has yet to be approved, but will go after the "unfair market dominance" of Big Tech. Failure to comply with the rules may result in a fine of up to 6% of a company's global annual revenue, meaning multibillion-dollar penalties for violations.

This time around, there was even a big drive for an outright ban on "targeted advertising," though Google and Facebook pushed back, arguing that it would end up hurting local businesses among other concerns. A compromise eventually came together banning the targeting of minors, or the use of gender, race or religion to target users. So-called dark patterns - manipulative schemes that drive people to click on content - will also be banned, while e-commerce players like Amazon (AMZN) will be obligated to prevent the online sale of illegal goods.

Outlook: The European Union is the first bloc in the world to comprehensively put together a digital agenda for how tech giants should operate, starting with GDPR privacy rules back in 2018. In fact, the EU has already leveled a combined €8.2B in fines against Google over antitrust violations, and has several active investigations into Amazon, Meta and Apple (AAPL). Lawmakers in the U.S., Canada and elsewhere are also looking to copy some of the key aspects of the EU's tech regulation to protect user rights and prevent a fragmentation of the internet. (6 comments)

In a replay of the 2017 election, France's Emmanuel Macron has defeated candidate Marine Le Pen in the second round of a runoff vote, marking the first time the country has re-elected a president in two decades. Official results showed En Marche's Macron garnering 58.5% of the ballot compared to the 42% of Le Pen, marking a decisive, but smaller victory than the 32 percentage point win seen during the same contest five years ago. "An answer must be found to the anger and disagreements that led many of our compatriots to vote for the extreme right," Macron declared during a victory speech at the Eiffel Tower. "The task is to reunite. It will be my responsibility and that of those around me."

Market angle: The euro opened up 0.5% against the dollar following the Macron win, but quickly turned 0.8% lower to 1.0707. Stock markets are also not doing too well, with France's CAC 40 starting the week down 2.3% and the Euro Stoxx 50 off by the same amount. "The negative aspect for the markets of this rather comfortable election could however come from a quick decision in favor of a Russian oil embargo which would exacerbate inflationary pressures and economic slowdown (stagflation scenario) in Europe," said Frederic Leroux, fund manager at France's Carmignac. The selloff is also in tune with the recent downtrend seen across the board amid the Federal Reserve's tightening cycle, China's worsening COVID situation and Russia's war in Ukraine.

At home, Macron still faces challenges to his pro-business overhauls of the French economy. The "gilets jaunes" protests of 2018 - triggered by a green fuel tax and rising prices - hit his administration in the early days, and could resurface with inflation running at a record clip. Macron has also tried to get through pension reforms by raising the retirement age from 62 to 65, which saw nationwide strikes and protests in 2019 until the pandemic brought them to an end. Other issues to contend with include tax cuts, rules on hiring and firing employees, as well as the general high cost of living in France.

Up next: Much of Macron's future governing style will be dependent on legislative elections in June, though Le Pen's National Rally has a history of struggling to win parliamentary seats. If Macron scores another big majority in the National Assembly (like he did last time), he will be able to continue his agenda without paying too much attention to the other camp. Both sides also face competition from the La France Insoumise party on the far-left, with firebrand Jean-Luc Mélenchon nearly qualifying for the presidential runoff after winning 22% of the first-round vote on April 10. (25 comments)

ETFs on the radar as Big Tech gears up for earnings.

Airline stocks soared last week, but is turbulence ahead?

Bitcoin's use as currency may just be getting started - Morgan Stanley.