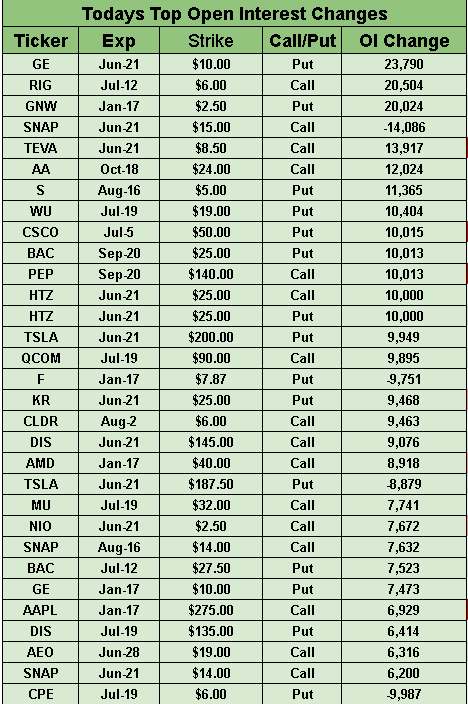 The Paris Air Show is underway with Boeing's (NYSE:BA) 737 Max crisis in the spotlight and Airbus (OTCPK:EADSY) looking to capitalize on home-court advantage. Both planemakers are hoping to reverse a worrying trend in plane purchases as airlines add to order worries by waiting on the fallout from the U.S.-China trade war. While Boeing has more than 5,500 commercial planes on its backlog, the company took just 32 new orders for 737 aircraft in Q1 and has been forced to reduce production so it can focus on getting its Max plane back in the sky. In the first three months of 2019, Airbus posted more cancellations than new requests, but it may be looking to grab headlines this week by announcing a launch date for its long-range A321 variant.

Wall Street futures suggest modest gains at the open, with DJIA futures ahead by 29 points, as investors adopt a cautious stance on risk heading into this week's Fed gathering. While market expectations point to an interest rate cut this year, most observers expect rates to stay unchanged at this meeting, although eyes will be on the wording of Jerome Powell's policy statement, as well as the dot plot. Bets on central bank action have underpinned stocks in recent weeks, even as manufacturing data continues to suggest that the U.S.-China trade dispute is having knock-on effects across the globe.

Investors are keeping their eyes on the European Central Bank as it kicks off its annual forum in Sintra, Portugal. The event is often a market-mover, notably marked in 2017 by ECB President Mario Draghi sending the euro soaring with his assertion that the "threat of deflation is gone." Ahead of this year's pow wow, Vice President Luis de Guindos declared the ECB will act should inflation expectations deteriorate, while Governing Council member Ewald Nowotny said he favors the bank having more flexibility in reaching its inflation target.

Deutsche Bank (NYSE:DB) is planning to overhaul its trading operations by creating a "bad bank" to house or sell assets valued at up to €50B - after adjusting for risk - and would shrink or shut its U.S. equity and trading businesses, FT reports. Meanwhile, Goldman Sachs (NYSE:GS) is pulling together four separate units that invest in private companies, real estate and other hard-to-access deals, in a bid to boost its flagging stock price, sources told WSJ. The division is likely to have around $140B in assets, making it nearly as big as KKR and about one-third the size of Blackstone (NYSE:BX).

Bitcoin (BTC-USD) leapt across the $9,000 mark on Sunday, for the first time since May 2018, boosted by reports that Facebook (NASDAQ:FB) will release a white paper on a new cryptocurrency this week. Experts say the involvement of large companies in the crypto space is boosting sentiment as it gives a degree of legitimacy to an industry long plagued by talk of illegal activity, speculative trading and regulatory scrutiny. Bitcoin traveled as high as $9,381.82 in the last 24 hours (up 140% since the start of the year), but pared gains slightly on Monday, dropping 1.7% to $9,166.62.

Alibaba (NYSE:BABA) is proposing a one-to-eight stock split ahead of its proposed Hong Kong secondary listing later this year, according to an SEC filing. The proposal, which will increase flexibility in the firm's capital raising activities, will be discussed and put to a vote at Alibaba's annual general meeting in Hong Kong on July 15. If approved, the split should take place no later than July 2020.

Hong Kong traffic largely returned to normal on Monday, sending the Hang Seng Index up 0.5%, a day after an estimated 1M-plus black-clad protesters stormed the streets over a controversial extradition bill. The benchmark slid 2.4% in the previous three trading sessions amid concerns about the political environment and tightening liquidity. Chief Executive Carrie Lam caved in to pressure and suspended the passage of the bill on Saturday, but critics of the proposal are still calling for her resignation and demanding that the legislation be withdrawn completely.

Huawei's American chip suppliers, including Qualcomm (NASDAQ:QCOM) and Intel (NASDAQ:INTC), are quietly pressing the U.S. government to ease its ban on sales to the Chinese tech giant, sources told Reuters. Out of $70B that Huawei spent buying components in 2018, some $11B went to U.S. firms including Qualcomm, Intel and Micron Technology (NASDAQ:MU). It comes as Huawei reportedly prepares for a 40% to 60% decline in international smartphone shipments, figures that may prompt the company to pull its latest overseas model, the Honor 20, and target a bigger share of China's smartphone market.

India will impose higher retaliatory tariffs on 28 U.S. products including almonds, apples and walnuts from Sunday, following Washington's decision to strip the country of preferential access to the American market. New Delhi initially issued an order in June last year to raise import taxes as high as 120% on a slew of U.S. items, incensed by Washington's refusal to exempt it from higher steel and aluminum tariffs, but repeatedly delayed the decision as the two nations engaged in trade talks. U.S.-India bilateral trade reached $142B in 2018, a seven-fold increase since 2001.

Meanwhile, the U.S. Trade Representative’s Office today will kick off seven days of testimony from U.S. retailers, manufacturers and other businesses about President Trump's plan to hit another $300B worth of Chinese goods with tariffs. The timeline means Trump would not be able to trigger the fresh wave of levies until after July 2, when a seven-day final rebuttal comment period ends. The duties would hit consumer goods hard, including cellphones, laptop computers, toys, video game consoles, television sets, clothing and footwear.

There seems to be a drift in the Fed's "dual mandate," according to contributor Jeff Miller.

China's FedEx (NYSE:FDX) probe should not be seen as retaliation - Xinhua.

Iran will break limits on uranium stockpile levels in 10 days.