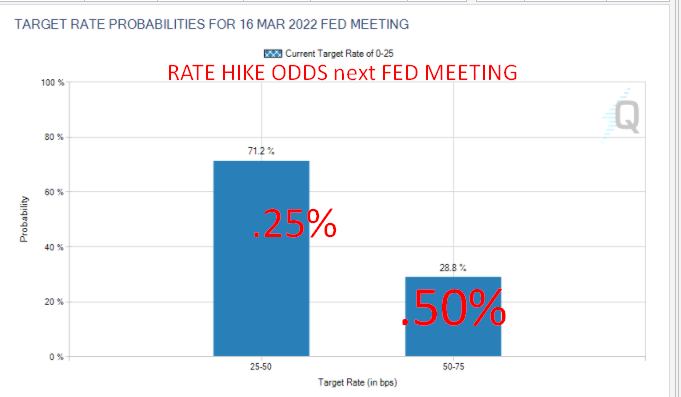 Peloton Interactive (PTON) will be one of the most closely watched stocks this week with M&A speculation ramping up following a deep selloff over the last few months. Reports of a buyout sent shares of the exercise equipment maker up 23% premarket to regain the $30 level, with several companies said to be on the lookout for a fitness bargain. They include Apple, (AAPL), Disney (DIS), Nike (NKE), and Amazon (AMZN), who could use Peloton's nearly 3M paid subscriptions as an opportunity to cross-sell from their own customer base.

Analyst commentary: In an early breakdown on the development, Wedbush Securities' Dan Ives reasons that Apple acquiring Peloton would be a major strategic coup, as well as catalyze the company's aggressive health and fitness initiatives over the coming years. Ives and his team estimate a Peloton acquisition would go off in the $12B to $15B range - depending on the timing and competitive process. He also notes that this wouldn't be a big reach for Apple, given its approximately $200B in cash and a strong free cash flow anticipated for 2022.

"On the offensive front, Apple through its Fitness+ subscription service and Apple Watch strategy would be able to leverage the Peloton services and flywheel to significantly bulk up its healthcare initiatives which have been a key strategic linchpin for [Tim] Cook."

Note: Activist investor Blackwells Capital sent a letter to Peloton's board in January making the case the company should fire CEO John Foley and explore a sale.

What happened on Friday? Well, the jobs report gave another surprise, or sowed more distrust in economic forecasters. Non-farm payrolls came in at 467K, compared to the average consensus of 150K, with many predicting a figure much worse than that. In the days prior, the Biden administration also sought to assuage the public against a weak figure due to the surge in Omicron cases during the data period, when millions were calling out sick, quarantining or caring for others.

Response: "Our country is taking everything that COVID has to throw at us, and we've come back stronger," President Biden said in remarks at the White House following the report. "If you can't remember another year when so many people went to work in this country, there's a reason. It never happened."

Stocks powered higher on the news on Friday, though futures inched lower overnight, as traders were quick to price in an aggressive rate hike to cool an overheating economy. Wage growth soared 5.7% in January from a year earlier, nearly double the average of about 3% before the pandemic hit, while payrolls for prior months were revised up by a cumulative 709K. Markets are even pricing in a one-in-three chance the Fed might hike by a full 50 bps in March, with the federal fund rates reaching 1.5% by the end of the year.

"The report not only indicated that payrolls were way more than anyone could have imagined, but there was exceptional strength in earnings which has to add growing concern among Fed officials about upward pressure on inflation," declared Kevin Cummins, chief U.S. economist at NatWest Markets.

Thought bubble: The latest non-farm payrolls could suggest that labor shortages might ease across the U.S. in 2022, though the figure does not reflect the entire picture of the jobs landscape. Several other indicators help give clarity to the numbers like the unemployment rate, wage growth, the labor force participation rate and JOLTS. Big revisions to the report have also increased during the pandemic, with a significant amount of the 145K businesses the Labor Department relies on not reporting data in a timely fashion (or at all). As a result, the agency has had to guess payroll size, leading to elevated margins of error and tougher policy decisions.

Looking to deter aggressive flight behavior that has surged during the pandemic, Delta Air Lines (NYSE:DAL) is asking the U.S. Department of Justice to put convicted unruly travelers on a national "no-fly" list. The decision would "help prevent future incidents and serve as a strong symbol of the consequences of not complying with crew member instructions on commercial aircraft," CEO Ed Bastian wrote in a letter to Attorney General Merrick Garland. The request also comes as carriers like Southwest (NYSE:LUV) look to resume alcohol sales aboard flights later this month.

Flashback: Delta already reached out to other airlines in September about sharing "internal lists of unruly passengers" to further protect airline employees across the industry. "A list of banned customers doesn't work as well if that customer can fly with another airline," Kristen Manion Taylor, Delta's senior vice president of in-flight service, wrote at the time. However, airlines' banned passenger lists are separate from the federal no-fly list, which is managed by the FBI's Terrorist Screening Center.

With an increasing number of disruptive incidents taking place in the skies (and on the tarmac), the FAA also signed a "zero tolerance" order last year against unruly travelers. Under the stricter policy, the agency said it would not address cases with warnings or counseling, but would rather immediately pursue legal enforcement action against any passengers who assault, threaten, intimidate or interfere with airline crew members.

By the numbers: In 2021, the FAA recorded nearly 6,000 cases of disorderly and disruptive behavior, 72% of them related to disputes over mask compliance (enforcement actions were initiated in 350 of those cases). So far this year, the FAA logged 323 reports of unruly passengers.

The so-called "Freedom Convoy" that has paralyzed downtown Ottawa continues to make waves, with the Canadian capital declaring a state of emergency due to the lack of police resources to address the situation. The protests were initially set off by vaccine mandates for truckers crossing the border from the U.S., but have since morphed into a broader movement against vaccine mandates and COVID-19 restrictions. Truckers converged on Ottawa 10 days ago, with tractors and trailers snarling traffic, and disrupting business in nearby residential neighborhoods.

Quote: "We're in the midst of a serious emergency, the most serious emergency our city has ever faced," Ottawa Mayor Jim Watson said in an interview. "Clearly, we are outnumbered and we are losing this battle. This has to be reversed, we have to get our city back. Declaring a state of emergency reflects the serious danger and threat to the safety and security of residents posed by the ongoing demonstrations and highlights the need for support from other jurisdictions and levels of government."

While the order gives the city more flexibility to procure equipment for "front line workers," beyond its symbolic value, it doesn't give police or the city any new legal powers. Canadian Prime Minister Justin Trudeau has also ruled out using the military to disband the protests, though crowdfunding site GoFundMe shut down one of their sources of revenue, citing unlawful activity. Police have also made a few arrests, but have issued hundreds of tickets, and horns continued to blare through the city's core over the weekend.

Go deeper: The protesters are the latest cohort to tap into pandemic exhaustion, frustrated over months of lockdowns and restrictions. It comes as many countries open up across the globe despite a high number of infections, including the U.K., the Netherlands, Denmark, Sweden and Norway. In recent weeks, the nations have scrapped vaccine passports, as well as mandatory isolation, mask-wearing and limits on gatherings, as they move toward "living with the virus" policies.