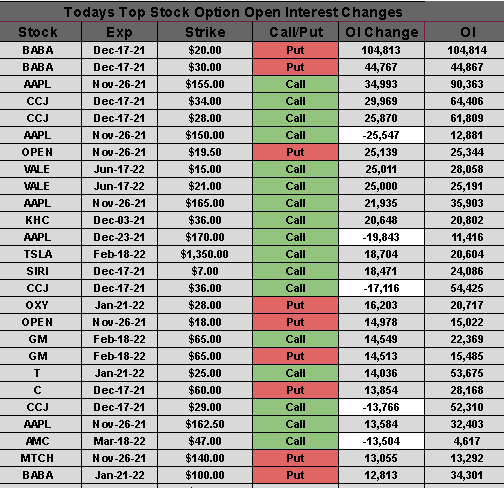 With surging coronavirus infections across the country, Austria has become the first western European nation to reimpose a national lockdown on its citizens since COVID-19 vaccines became widely available. The unpopular measure will shutter restaurants, bars, theaters, Christmas markets and non-essential shops for 10 days initially, but could be expanded to as many as 20 as intensive care beds run short. The government has also made it compulsory for all citizens to get vaccinated as of Feb. 1. Austria has the lowest vaccination rate in western Europe, with 66% of its population fully vaccinated, though that compares to 59% in the U.S.

Quote: "It is a situation where we have to react now," Health Minister Wolfgang Mueckstein told ORF TV. "A lockdown, a relatively tough method, a sledgehammer, is the only option to reduce the numbers [of infections] here."

Overnight, the euro dropped below $1.13 to a fresh 16-month low as investors bet Europe's economic recovery will lag behind the U.S. Oil also pointed lower, with Brent and U.S. crude hitting seven-week lows of $78.05 and $74.76, respectively, as fresh COVID restrictions prompted demand concerns and protests. Tens of thousands marched through Vienna on Saturday, Dutch police opened fire on protesters in Rotterdam (resulting in seven injured) and demonstrations took hold in Switzerland, Italy, Belgium and Northern Ireland.

Go deeper: The number of reported U.S. COVID-19 deaths for 2021 reached 385,457 on Saturday, according to the CDC, topping the total figure recorded last year. That's despite broad vaccination campaigns and precautionary measures, though many epidemiologists attribute the alarming statistic to the highly contagious Delta variant and the spread of the disease among the unvaccinated. Comparing the two pandemic years is also not identical (scarcity of tests, first deaths weren't recorded until February 2020, etc.), though a death toll that surpassed 2020 is still catching infectious-diseases doctors by surprise. (39 comments)

The Pfizer-BioNTech COVID-19 vaccine was developed with historic speed. What’s next? Sign up and see how Pfizer is applying these lessons to the future of drug discovery. Click here to learn more.

El Salvador is doubling down on its bet on Bitcoin (BTC-USD), detailing plans to build a modern Alexandria called "Bitcoin City." The metropolis would be circular, with an airport, residential and commercial areas, and feature a central plaza designed to look like a Bitcoin symbol from the air. Geothermal energy would be provided from the Conchagua volcano in southeastern El Salvador, while the city would not levy any taxes (property, income or capital gains) except for VAT.

Flashback: In June, El Salvador passed a law making it the first country in the world to accept Bitcoin as legal tender, while the plan took effect in September with the launch of the Chivo Wallet (a government-sponsored digital wallet designed to facilitate transactions). Despite the hype, dollars remain by far the main medium of exchange, as well as the currency coming into the country. In September and October, Salvadoreans abroad sent only $32M in remittances back home using the Chivo Wallet, representing about 2.5% of the total remittances.

"This is going to make El Salvador the financial center of the world," President Nayib Bukele declared. "Invest here and make all the money you want... This is a fully ecological city that works and is energized by a volcano."

Construction of "Bitcoin City" will begin in 2022 and will be funded initially by sovereign bonds backed by the cryptocurrency. The first 10-year issue would be worth $1B, and carry a coupon of 6.5%, with half of the sum going to buy Bitcoin on the market and the other half used for infrastructure and Bitcoin mining. After a five-year lock-up, El Salvador would start selling some of the Bitcoin used to fund the bond to give investors an "additional coupon," and other bonds would follow.

Volatility watch: Bitcoin has slipped about 16% from its record high of $68,990 which it reached earlier this month, but it is still up more than 90% this year. (30 comments)

Turkey prices are going up ahead of Thanksgiving, but what about the stock market? Despite inflation figures coming in hot, equities continue to notch fresh record highs, with investors offering their thanks before taking some time off this Thursday. Financial markets will close Nov. 25 for the holiday, while the New York Stock Exchange and the Nasdaq will be open on Friday until 1 p.m.

If history is any guide: "The entire week of Thanksgiving has averaged a 60 basis point, or 0.60 percentage point, advance for the S&P 500, with the best returns coming on Wednesday and Black Friday, and the only decline on average on Monday," said Bespoke Investment Group, citing data that goes back to 1945. Lately, the gains have swung to Mondays in Thanksgiving week, with small declines on Tuesday and rallies on the last two days of the session.

The week is also typically characterized by some of the lowest trading volumes of the year. That could change this time around, with President Biden expected to announce his pick for Fed Chair in the coming days. "If [Lael] Brainard is nominated, it wouldn't be a surprise to me to see some near-term volatility," noted said Jeff Schulze, investment strategist at ClearBridge Investments. "Usually, the market tests a Fed chair."

At the register: Average turkey prices cost 24% more than last year, according to the Farm Bureau, coming in at $23.99 for a 16-pound turkey. That's not all. Cranberries are up 11%, dinner rolls cost 15% more, pie crusts are 20% higher, while russet potatoes and sweet potatoes are up 16% and 4%, respectively.

Visa (V) expects to resolve its differences with Amazon.com (AMZN) in the U.K. and hopes that the e-commerce giant keeps the payment network on as partner for its co-branded credit card. "We've resolved these things in the past, and I believe we'll resolve them in the future," CFO Vasant Prabhu announced in an interview. Amazon recently told its British customers it was acting because of Visa’s high fees, though Mastercard (MA) and Visa set nearly identical transactions fees in the U.K., according to payments firm Bambora.

Backdrop: Shares of Visa slid last Wednesday after Amazon said it would stop accepting UK-issued Visa credit cards for purchases made in Amazon.co.uk. It also offered affected customers £20 off their next purchase using an alternative payment method, which followed a report that Amazon was considering switching its co-branded credit card deal to Mastercard. Earlier this year, the retail giant moved to limit Visa's use in markets like Singapore, where a 0.5% transaction surcharge was added, as well as Australia.

The whole spat is putting a spotlight on credit card transaction fees, and could provide an opening for other payment options, especially upcoming fintech players. Account-to-account payments and 'buy now, pay later' option have been growing in popularity - compared to the payment rails and traditional systems of Visa and Mastercard - and Amazon has been experimenting in the space, offering BNPL options to U.S. shoppers through third-party provider Affirm (AFRM).

Commentary: "This should not be considered a shock, as Amazon has been using every negotiating tactic available to bring down the cost of processing payments," said Kenneth Suchoski, equity research analyst at Autonomous Research, adding that the move would have little impact on Visa's bottom line. (33 comments)

Activision (NASDAQ:ATVI) CEO would consider stepping down if issues not fixed.

KKR (NYSE:KKR) said to make takeover offer for all of Telecom Italia.