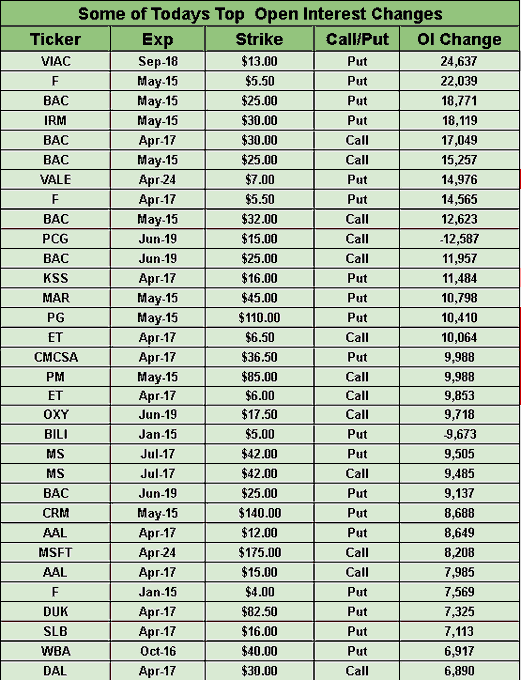 Crude oil (NYSEARCA:USO) was the weekend's major development after OPEC+ agreed to cut production by a record 9.7 million barrels per day, but prices are mixed in volatile overnight trading on concerns that the cuts will not be enough to head off oversupply as the coronavirus hits demand. The agreement is "too little and too late to avoid breaching storage capacity, ensuring that low oil prices force all producers to contribute to the market rebalancing," according to analysts at Goldman Sachs. "It's simply too late to prevent a super-large inventory build of over one billion barrels between mid-March and late May and to stop spot prices from falling into single digits," says Ed Morse, Citi's global head of commodities. But at least the deal allows the global oil industry and the national economies that depend on it to "avoid a very deep crisis," says IHS Markit's Daniel Yergin.

Minneapolis Fed President Neel Kashkari expects the path to economic recovery from the coronavirus will be a "long, hard road" and not a V-shaped rebound. "Barring some healthcare miracle" such as an effective therapy or vaccine, "it seems we're going to have various phases of rolling flareups," Kashkari told CBS's Face the Nation, with "different parts of the economy turning back on, maybe turning back off again." Kashkari also said $350 billion in emergency funds for small business would not be enough, "because if we need to have different phases of shutdowns for the next several months or until we have a therapy or vaccine, we're going to need more help than that."

The U.S. is "perilously close to the edge in terms of our meat supply," Smithfield Foods CEO Kenneth Sullivan said after announcing the closing of his company's Sioux Falls processing facility in South Dakota, which accounts for at least 4% of U.S. pork production. "It is impossible to keep our grocery stores stocked if our plants are not running," Sullivan warned, adding that he fears "disastrous" consequences up the supply chain for the nation's livestock farmers if plants stop running. "We have a stark choice as a nation: We are either going to produce food or not, even in the face of COVID-19."

Gilead Sciences' (NASDAQ:GILD) experimental drug for patients with severe COVID-19 infections showed promise in an early analysis published in The New England Journal of Medicine, raising hopes that the first treatment for the novel virus may be on the horizon. A cohort analysis of 53 severely ill hospitalized COVID-19 patients who received the company's antiviral remdesivir on a compassionate use basis showed 68% needed less oxygen or breathing machine support. Results from more rigorous studies are expected by the end of this month.

Apple (NASDAQ:AAPL) and Google (NASDAQ:GOOG) have unveiled a rare partnership to add technology to their smartphone platforms that will alert users if they have come into contact with a person with COVID-19. The companies announced jointly on Friday that the "contact tracing" tools they are developing would be built into smartphones, using existing Bluetooth technology that tracks whether phones have passed within a certain distance of one another. Users then could be alerted if they were in contact with an infected person. People must opt in to the system, but it has the potential to monitor about a third of the world’s population.
Go Deeper: Experts worry about privacy invasion.

Major U.S. airlines are urging Treasury officials to scrap or revise a proposal that would make part of the $25 billion earmarked by Congress to help keep workers on the payroll repayable in the form of low-cost loans. Treasury Secretary Mnuchin told the airlines on Friday the government would require them to repay 30% of the grants in low-cost loans over 10 years. But trade group Airlines for America - which represents American (NASDAQ:AAL), United (NASDAQ:UAL), Delta (NYSE:DAL), Southwest (NYSE:LUV), JetBlue (NASDAQ:JBLU) and others - said it believed the $25B in payroll assistance was "to be only in grants - which is considerably more effective for our employees - and not a combination of grants and loans." The head of the Association of Flight Attendants union wrote if Treasury insists on airlines repaying $7 billion in grants, "job cuts will happen now AND longer term cuts will come in October."
Go Deeper: Airlines wait on grants as bookings, fares plummet.

Bob Iger, who left the CEO job at Disney (NYSE:DIS) in late February, but stayed on as executive chairman, has effectively returned to running the day-to-day company as its businesses face pandemic threats on every front, The New York Times reported. Cruise lines, theme parks, movie theaters and even ESPN are basically on hiatus; one estimate shows the company is losing $30 million or more a day. Iger - who had hoped for a calm, triumphant exit - is now trying to help guide the company through a threat that at minimum will be profoundly transformational.
Go Deeper: Disney World to furlough 43K more workers.

Amazon (NASDAQ:AMZN) said it will begin placing new grocery delivery customers on a wait list and reduce shopping hours at some Whole Foods stores to prioritize orders from existing customers buying food online during the coronavirus outbreak. Many shoppers seeking to purchase groceries from Amazon recently have found they could not place orders due to a lack of available delivery slots, so the company said it will relegate all new online grocery customers to a wait list while it works to add capacity. Amazon also plans to shorten public hours at some Whole Foods stores so employees can more quickly fulfill online grocery orders.

JPMorgan Chase (NYSE:JPM) will raise borrowing standards for most new home loans starting this week, Reuters reported, as the bank seeks to mitigate lending risk caused by coronavirus disruptions. Customers applying for a new mortgage will need a credit score of at least 700 and will be required to make a down payment equal to 20% of the home's value. The changes are designed to help the bank reduce its exposure to borrowers who unexpectedly lose their job, suffer a decline in wages or whose homes lose value.
Go Deeper: JPM halts non-gov guaranteed small business loans.

Boeing to resume some Washington operations

Boeing (NYSE:BA) plans to call about 2,500 employees to resume some of its operations in Washington state, including defense work, signaling a partial end to a shutdown that began March 25 because of the coronavirus outbreak. The work to resume is related to its P-8 maritime surveillance aircraft, KC-46 aerial refueling tanker and support of 737 MAX storage. The company is not yet resuming commercial aircraft production. Boeing says its phased approach to restarting operations will help ensure a reliable supply chain and prepare it for future restarts.
Go Deeper: Boeing hires advisers for funding options.

India may restart some manufacturing Wednesday

India is considering restarting some of its manufacturing this week even if the world's biggest lockdown is extended to the end of the month, as is expected. That lockdown is to end Tuesday, and Prime Minister Modi has directed that some crucial industries get going again as soon as Wednesday, Reuters reports. Separately, the industries ministry has recommended restarting manufacturing in autos, textiles, defense, electronics and other sectors.