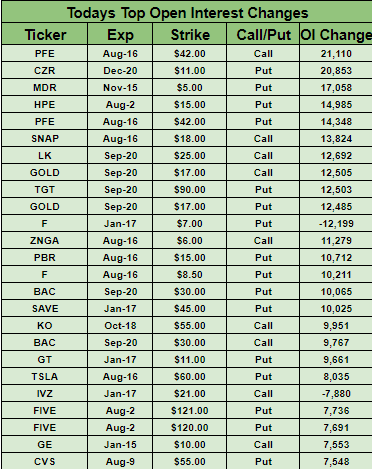 Negotiators for the U.S. and China are facing off in Shanghai this week in another attempt to piece together a trade accord. While there are much lowered expectations for the kind of sweeping deal that appeared within reach this spring, modest wins might be obtainable. Those include U.S. insistence that China commit to legal changes to protect intellectual property and abandon state subsidies to business, as well as Beijing's demands that the U.S. drop all tariffs as a condition for a deal. Data overnight showed Chinese industrial profits dropping in June after a brief gain the previous month, demonstrating the concerns created by the trade war.

Summer vacation is not in sight for traders as they gear up for what might be one of the busiest weeks of 2019, with U.S. stock index futures holding their breath ahead of the open. The highlight is Wednesday's decision by the Federal Reserve that will likely see Chairman Jerome Powell and colleagues cut interest rates for the first time in more than a decade, and leave open the possibility of further action down the road. U.S. and China trade talks are also resuming in Shanghai, and the monthly jobs report on Friday will shed light on whether the Fed's move was necessary. Don't forget about earnings season, which kicks into high gear with Q2 results from Apple (NASDAQ:AAPL), Berkshire Hathaway (BRK.A, BRK.B) and General Electric (NYSE:GE).
Go deeper: 'The Fed Can't Give Us What We Need' writes Kevin Wilson.

Earnings appetizer from Beyond Meat

Shares of the alternative-meat company are up 2% premarket ahead of its Q2 results this afternoon. After selling shares at $25 apiece in an early-May initial public offering, Beyond Meat (NASDAQ:BYND) has skyrocketed, closing Friday at $234.90, more than nine times higher than the IPO price. While its valuation will be tested again today, the company has already taken one run through the earnings gauntlet. The stock jumped nearly 40% after first-quarter figures were announced in early June along with strong sales guidance.
Go deeper: SA authors are still Bearish on BYND.

Boris Johnson's high-level Brexit cabinet is set to hold its first meeting today and will gather every day until an Oct. 31 deadline for leaving the EU. Michael Gove, named to a job that makes him Johnson's top aide, will lead the sessions. "We still hope they [the European Union] will change their minds, but must operate on the assumption that they will not," he wrote in the Sunday Times. "No deal is now a very real prospect, and we must make sure we are ready." The pound -0.4% to $1.2329.
Go deeper: Historical performance of Invesco's Sterling ETF.

An emergency gathering with parties to Iran's 2015 nuclear deal - Britain, Germany and France plus Russia and China - was valuable but there are unresolved issues, according to Iranian official Abbas Araqchi. "The atmosphere was constructive. Discussions were good. I cannot say that we resolved everything, I can say there are lots of commitments," he told reporters after a meeting in Vienna. Iran has said it will withdraw from the pact unless the Europeans find ways to shield its economy from U.S. sanctions.

It's not even August and Disney (NYSE:DIS) has already collected a record-shattering $7.67B at the 2019 global box office, beating its previous annual record of $7.61B in 2016. The $7.67B figure includes $5.09B amassed overseas, marking the first time any Hollywood studio has surpassed the $5B threshold internationally. More to come... The rest of Disney's 2019 calendar includes Thanksgiving tentpole Frozen 2 and the year-end holiday offering Star Wars: The Rise of Skywalker.
Go deeper: Disney vs. its peers.

M&A chatter heated up this weekend with deals ranging from financial data to takeout and healthcare. London Stock Exchange (OTCPK:LNSTY) confirmed it was in talks to buy market insights and trading platform Refinitiv in $27B deal with Blackstone (NYSE:BX) and Thomson Reuters (NYSE:TRI), while Dutch food delivery firm Takeaway.com (OTCPK:TKAYF) inked a £8.2B deal for U.K. equivalent Just Eat (OTCPK:JSTTY). The all-share agreement comes shortly after Amazon (NASDAQ:AMZN) made a hefty investment in Deliveroo, a rival to Just Eat. In the U.S., Pfizer (NYSE:PFE) was said to be in discussions to combine its off-patent unit with Mylan (NASDAQ:MYL), while reports surfaced that Exact Sciences (NASDAQ:EXAS) would acquire Genomic Health (NASDAQ:GHDX) for $2.8B.
Go deeper: M&A ETF players include MNA and MRGR.

Janet Yellen is in favor of an interest rate cut.

EU to strip five countries of some market access rights.

Grab (GRAB) commits $2B to Indonesia with SoftBank (OTCPK:SFTBY) backing.