On Tuesday the Nasdaq hit a new all time high.  Just one day later the bull market ended.  It's over folks.  It's time to pack up and head home.  Yesterdays 2% decline was the final nail in the coffin.  That giant 'Final Wave'???? .......  it's here, grab your boogie boards.

Just like the Trump drama is tremendous for the News networks, stock market declines are like car wrecks on the highway, everyone has to stop and look.  When the markets flashed crashed , every news truck north of the Great Wall of  Mexico was down at Wall Street covering the 'chaos'.  On Tuesday with the Nasdaq at all time highs and not a news truck to be found.  Go figure.

Amazing how that works.  Those same pundits who were saying sell, sell, sell, since the election while the $SPY rallied from $208 to $240+, are pounding their chests on the $5 decline from $240 to $235.   Another job well done.  Where else can you throw shit at something for years, and when it finally sticks look like a diamond thrower?  Then again, I'm not so sure the shit is going to stick this time either, pick those diamonds up while you can. 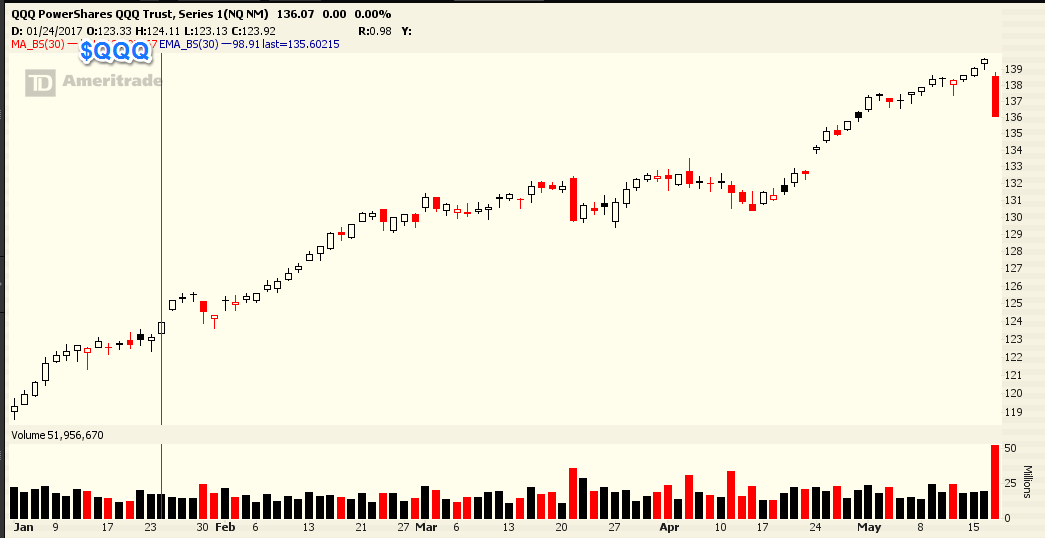 I'd say his call to short $QQQ into 2017 got a heck of a lot more coverage than those saying to go long the $QQQ in 2017.  Even with yesterdays move lower, the trend remains intact. While most are blaming Trump on yesterdays decline, just like Trump was taking credit for the move to record highs, I think the market was looking for an excuse to reset.

Despite the sharp rally for the VIX, the so called 'fear index'  the market wasn't selling off in a fearful fashion.  It was rather orderly.  If the market was a movie theatre, there were extra exits open yesterday. 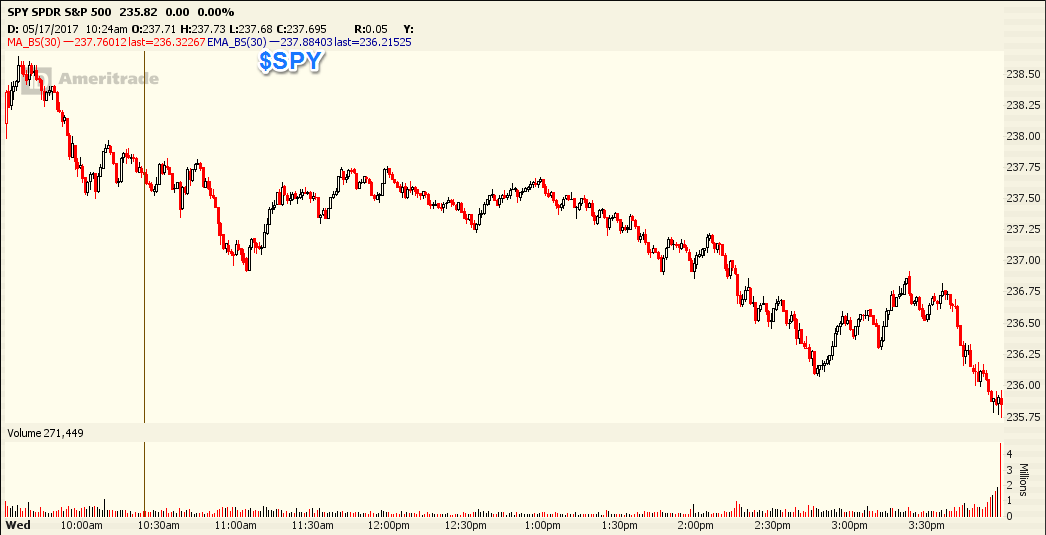 Just like we've seen many all day moves higher, yesterday was an all day move lower.  Selling.  It happens.  And while it doesn't happen frequently, when it does everyone thinks the world is coming to an end.  And its that same pessimism that has fueled this market to record highs year after year.

The share buyback machines are loving the pull back.  They can buy even more shares to take out of circulation.   Yesterdays move lower, and any additional downside will turn into another great buying opportunity, just like every other pull back since 2009.

Heading into today let's look at the pattern that has developed since yesterday.  It is pointing to possible additional downside in todays session. 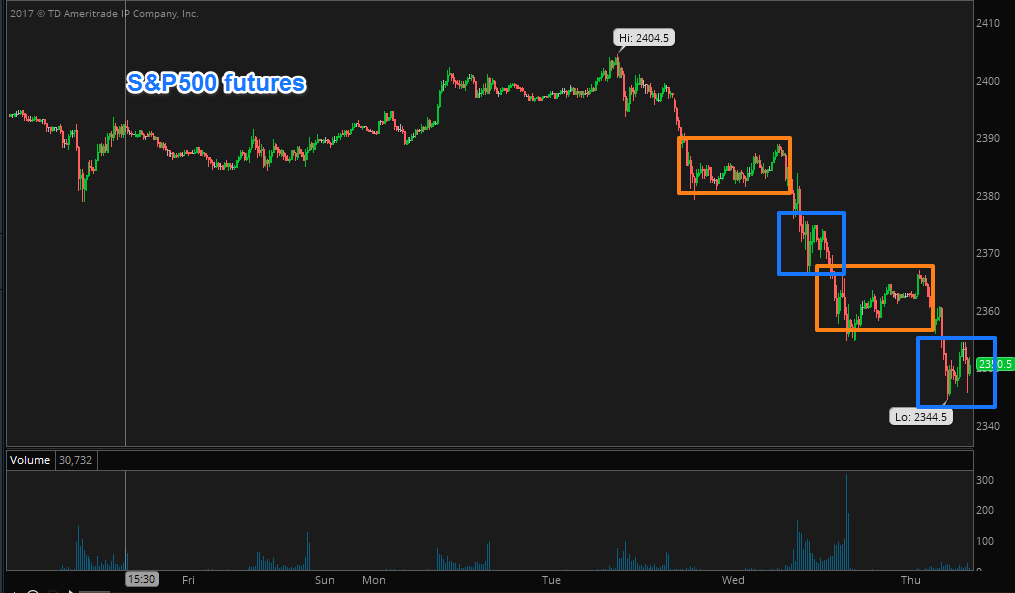 $IWM channel support rests at $132.50.  Remember it is the small caps that led the market higher prior and just after the election. The VIX has soared almost 60% this week.  A stunning move, yet the market has not seen a fearful collapse.  As with every other VIX move since the dawn of man, this VIX too will be sold. 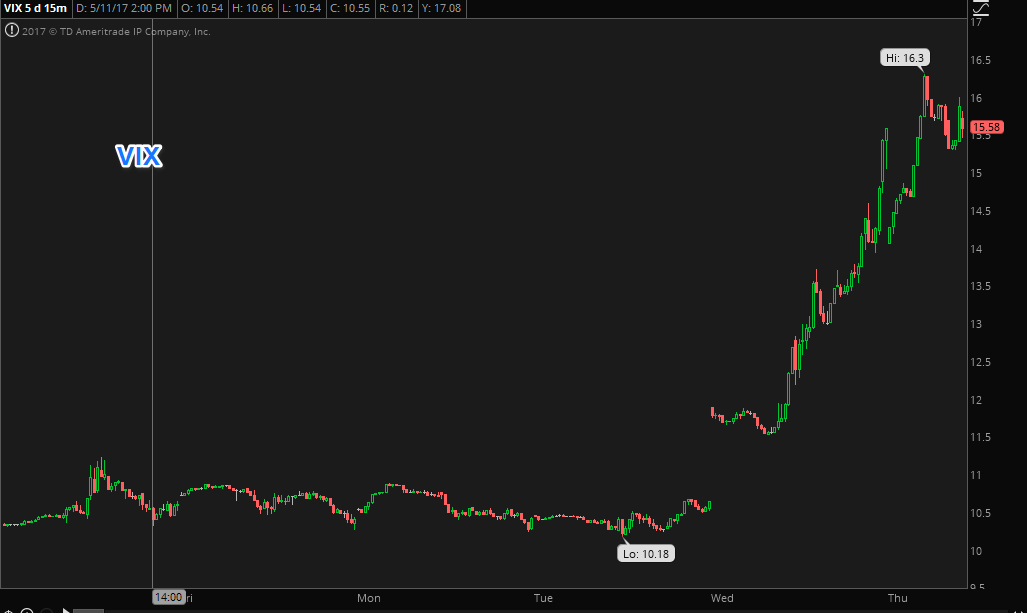 also let's watch the VIX for a possible double top.  This would imply that the downside move has ended.  The last big VIX pop came into a Friday and on Monday the VIX dropped 25%.  That was a monthly opex Friday.  Guess what tomorrow is?  Monthly opex.  Coincidence? 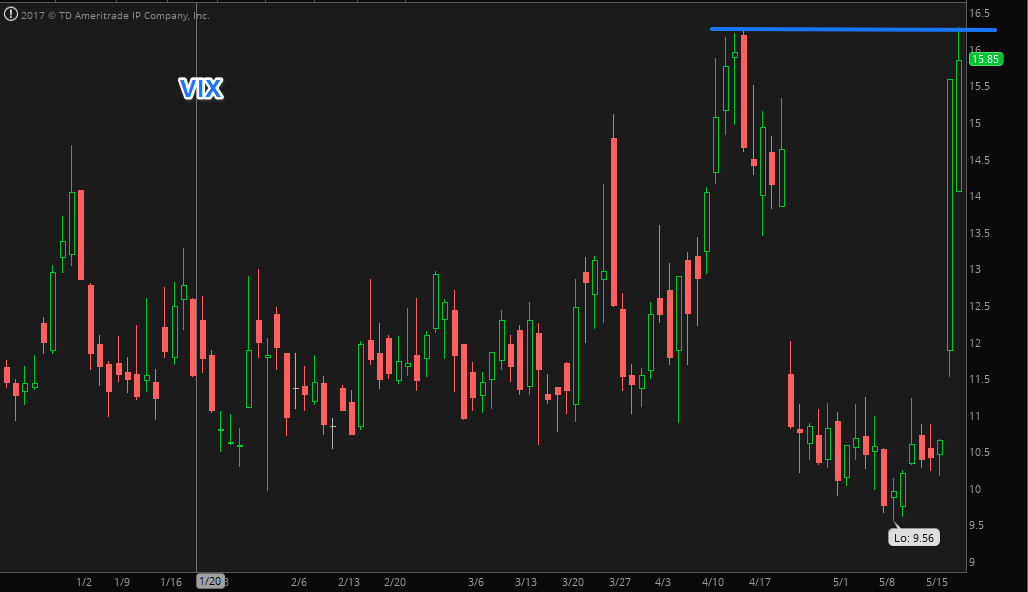