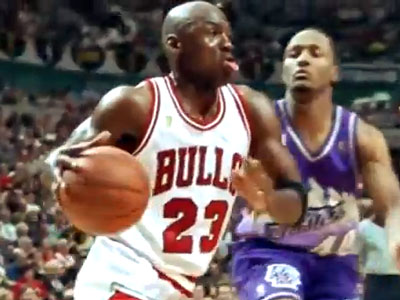 A well defended jump shot works so well... until you leave your feet. Micheal Jordan was great at doing that. He would dribble down, make his defender think one move was coming, stop... pump fake, and then swish a perfect jump shot.

This market has the same feel. Anyone holding on to the ball for too long has it stripped and those not playing defense are getting dunked on left and right.

One thing you could say about Michael Jordan, he was a winner. Through the pump fakes, the missed shots... in the end he won. He was the greatest player of all time.

Is this market giving us a pump fake on its way to record highs? Or is it heading off to try its hand at Triple A baseball?