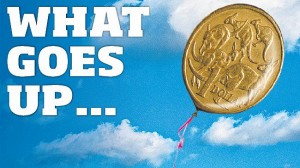 We wrote about the pending flush in Silver and Gold a few times since early May and also discussed how we thought the Aussie would drop under the $90 level, which would be a catalyst for further downside to Silver and Gold. Since that time Gold and Silver have had historic declines while the Aussie remained above the $90 level. We think the latter is about to to change and the currency could see a massive 1000 pip downward move to $80 in the short term.

Australia was one of the countries that escaped the 2008 financial crisis somewhat unscathed thanks to China. But things are different now as the Australian commodity driven economy has come under pressure recently from slowing growth. This has forced the Reserve Bank of Australia, the countries Central Bank , to lower rates to 2.75%, an all-time low.

Comments tonight from the countries Central Bank Governor signal one of two things: either a rate cut at next months meeeting or the market reading between the lines and continuing to sell off the currency:

The governor said pressure from the sustained strength of the currency meant “efforts to improve productivity have been stepped up,” in Australia. “But we should still be asking whether there are things in the way of faster improvement,” he said.

We also like that there are many folks out there calling a bottom in the Aussie, just like they have in Gold and Silver. We are currently short the AUD/USD from 91.30 and will add to or close our short at anytime.

We will have our updated target for Silver, Gold, and the Aussie on our Week Ahead Webinar this Sunday : https://www.optionmillionaires.com/live-event-classes-jtv/