I'm all for the free market.  Let supply and demand dictate price, not 7 or 10 Economic book worms.  But when the price of something becomes a life or death matter, it's tough to argue against some 'price fixing', at least from my perspective.

Don't blow smoke over something that is clear as day... the more you can get people to pay for something the more profits your company can report.  Higher profits = higher share price.  It's a giant circle all leading to executives  lining their pockets with more money.

I am not blaming the CEO.  I am not blaming the system.  You either fix the price of medication, or let market forces dictate the price.  Judging from yesterdays comments from H Clinton, and her previous comments a year ago, we are getting closer to a price fixing situation.  Which is not good for companies that make medication, especially those that have risen in price dramatically the last few years.

I think this is going to lead to a move lower for these stocks, and the way I am going to trade it, is the way I traded it last year when $IBB was facing a similar breakdown and similar comments from Hillary Clinton.  I bought some puts.

It was just over a year ago, August 20th of last year: 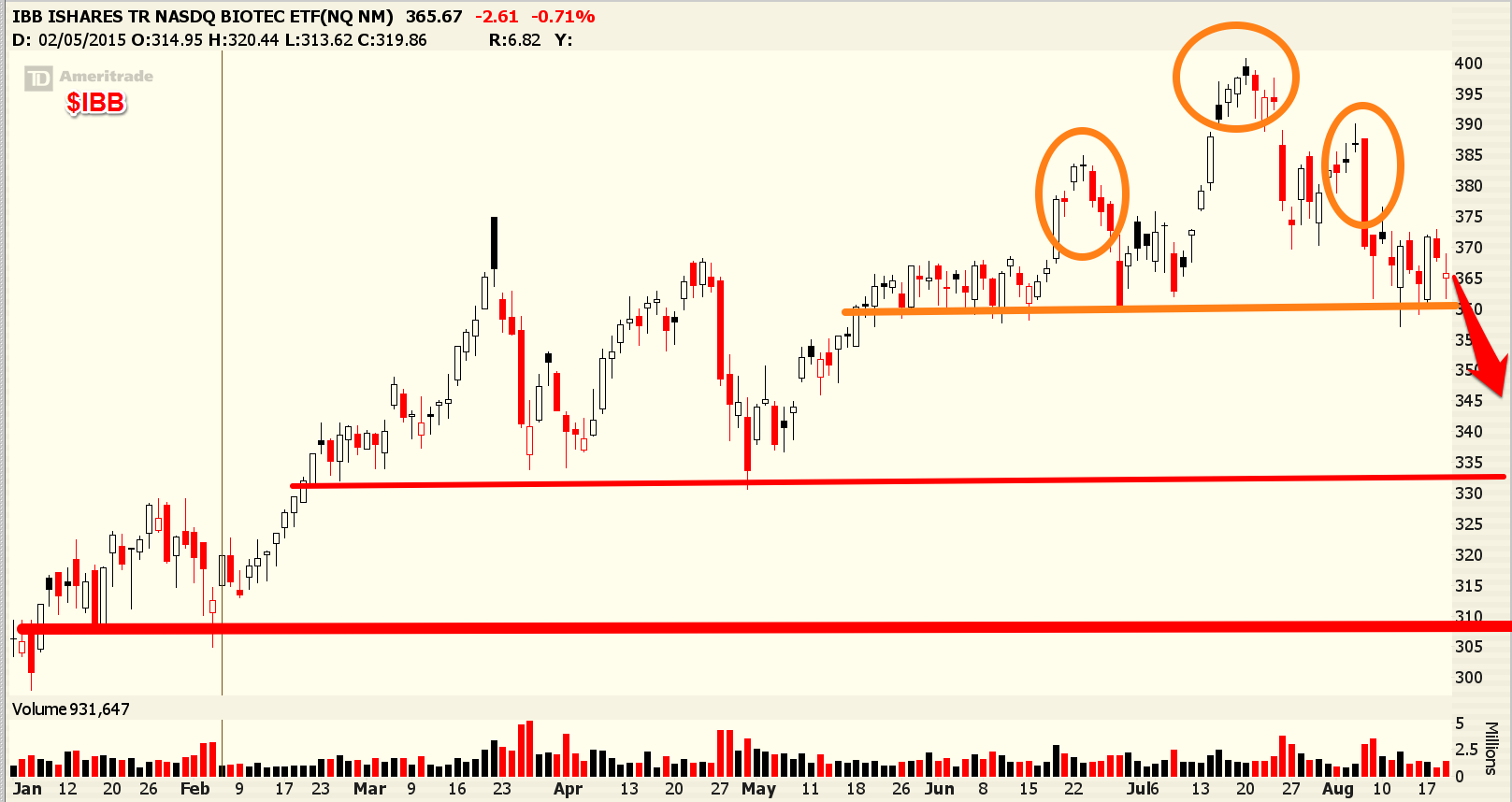 and this time around $IBB looks to be in a stair step to the downside.

I think into tomorrow $IBB could head to $280.  Longer term $250 into September.  It's all about prices, and if the government is saying prices are too high, that ultimately will lead to lower profits, which means a correction is coming to account for this.

The trades I am looking to make:

I'll be looking for entries this morning: