Stocks rolled over to start this week, with one of the worst sell offs of the year so far.

The trigger?  Another named excuse to sell.  Evergrande... a real estate company no one really knew until headlines started popping up potential trouble brewing.

Remember when $300 billion was a mind boggling amount of money? 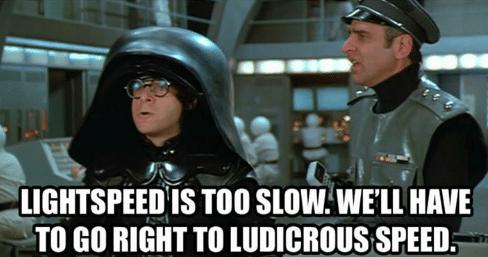 What's after trillions? 2008/2009 TARP was Yuge at well less than a trillion.... these days trillions isn't enough to keep the west coast from going under

Evergande is just another name added to the list.

Today the SP500 hits another new record high as the inverted yield curve, imminent recession talk, impeachment, trade wars, repo man, and about 1,000 other excuses to sell, continue to grip the markets https://t.co/LtQQL0hal4

And sell they did earlier this week.  And perhaps we will retest those lows of this week in the near term.  But guess what?  Longer term this market will continue to do what its been doing, evergrande or not.

Ironically all this bad news is good for the stock market down the road... well ...  its good if you equate good to higher stock prices.

For those rooting for a collapse of the stock market... they should be doing the exact opposite of what they've been doing every day for 10+ years and root for an economic boom and a daily dose of good economic news.

March 2020 was a perfect example of why terrible news is good news for asset prices.

Could you imagine being bearish on the stock market all these years.. and then in 2020 finally getting the worse economic disaster of our lifetime.. something even the most negative bears could only dream about... and seeing stocks hit new all time record highs AGAIN? 😂😂😂😂😂

And why this Evergrande will just be another bump in the road to new record highs.