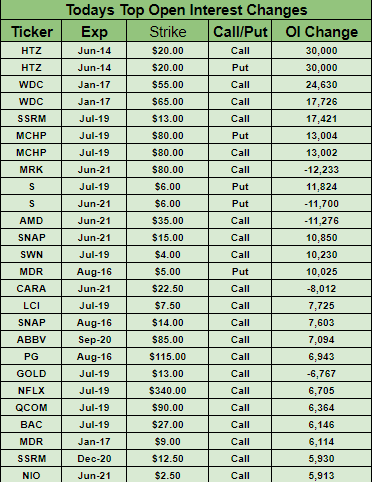 2019 has seen the hottest IPO activity in years as investors bet on extremely fast growth and large markets opportunities. Adding on to the 100%-400% gains seen by Beyond Meat (NASDAQ:BYND), Zoom (OTC:ZOOM), PagerDuty (NYSE:PD) and CrowdStrike (NASDAQ:CRWD) following their listings, Fiverr (NYSE:FVRR) closed its first day up 90% on Thursday, while pet e-tailer Chewy (CHWY) upsized its IPO ahead of today's debut. There have been some disappointments as well, like ride-hailing giants Uber (NYSE:UBER) and Lyft (NASDAQ:LYFT), but the Renaissance Capital IPO ETF (NYSEARCA:IPO), a basket of the 60 or so most recent large IPOs, is up 34% this year, more than twice the performance of the S&P 500.

Apparently reacting to economic data out of China, U.S. stock index futures have turned lower on the final trading day of the week, with DJIA and S&P 500 futures down 0.3%, while Broadcom's (NASDAQ:AVGO) forecast (see below) threw the Nasdaq off by 0.8%. China's industrial output growth slowed to a more than 17-year low of 5% in May, well below expectations, weighing on stocks across the globe as trade pressures pose concerns for the world economy. U.S. data also looms, with traders looking out for upcoming retail sales and industrial production data for May, as well as the consumer sentiment index for June.

Semis are feeling the heat after Broadcom (AVGO) cut its annual sales outlook, saying it would make $2B less than it expected following the U.S. ban on exports to Chinese telecom giant Huawei. The stock slumped 8.7% in AH trading, dragging many peers down with it, as it became one of the first big chipmakers to quantify the financial impact of the Trump administration's escalating trade dispute. The company may have been overly cautious, however, with broker Piper Jaffray saying Broadcom was "throwing out the entire kitchen with the kitchen sink."

Set for its fourth weekly gain, gold overnight jumped as much as 1.2% to $1,359.50, surpassing the key $1,350 level for the first time since April 2018. "When the markets start waxing bearish economic data, it's the global recession they are concerned about, triggered by escalation of trade war," said Stephen Innes of SPI Asset Management. "With geopolitical risk premium ratcheting higher on the back of Middle East tensions and autonomy protest in Hong Kong, gold represents dependable insurance against those mounting geopolitical risks."

Following yesterday's bearish report from OPEC that trimmed its forecast for world oil demand, the IEA has also slashed its estimates for the second straight month. "Until recently, the focus has been on the supply side with the familiar list of uncertainties - Iran, Venezuela, Libya, and the Vienna Agreement," the agency wrote in its latest monthly report. "Now, the main focus is on oil demand as economic sentiment weakens." Revising down its estimate by 100K barrels, the IEA now expects oil demand growth to reach 1.2M bpd this year, before rebounding to 1.4M bpd in 2020. Crude futures -0.8% to $51.84/bbl.

U.S. economic adviser Larry Kudlow is the latest to warn of consequences if Chinese President Xi Jinping refuses invitations for trade talks, as Beijing hiked anti-dumping duties on certain U.S. and EU-made alloy-steel tubes and pipes. Former PBOC governor Zhou Xiaochuan also issued a warning about a possible yuan devaluation, while the Chinese government has faced much criticism for its response to the mass protests in Hong Kong. If things couldn't get worse, Xi said overnight he would promote steady development ties with Iran "no matter how the situation changes," against the backdrop of yesterday's tanker attacks in the Gulf.

Reeling from U.S. litigation over claims its glyphosate pesticide causes cancer, Bayer (OTCPK:BAYRY) is investing €5B in weedkiller research and alternatives, while promising to reduce its environmental impact by 30% through 2030. "We listened. We learned," the company said on its website as it battles more than 13,000 lawsuits and billions of dollars in awards. Bayer shares recently tumbled to seven-year lows with a market valuation of $56B, less than the $63B price it paid for Monsanto, whose glyphosate-based weedkiller Roundup has caused it spiraling troubles.

Huawei's foldable phone will likely launch in September, later than it was reportedly set to, as it does extra tests following the debacle Samsung (OTC:SSNLF) went through with its Galaxy Fold. "We don't want to launch a product to destroy our reputation," a Huawei spokesperson confirmed to CNBC. The launch of the 5G-capable Mate X, which starts at around $2,600, is set to give the Chinese tech giant a boost after it was reportedly forced to scrap a planned laptop launch due to its recent placement on a U.S. blacklist.

Volkswagen (OTCPK:VWAGY) aims to raise up to €1.9B by floating a stake of at least 10% in its Traton trucks unit later this month, its second attempt to bring the business to market. The stake size is at the bottom end of a range of 10%-20% that sources had earlier indicated, and would be priced at €27-€33 per share. Amid an electrification push, VW plans to invest the proceeds in transforming its auto business and has also shown interest in U.S.-based truck maker Navistar (NYSE:NAV).

Contributor Dhierin Bechai discusses what to expect at the Paris Air Show.

Pre-trial hearing for Sprint (NYSE:S) and T-Mobile (NASDAQ:TMUS) deal set for next week.