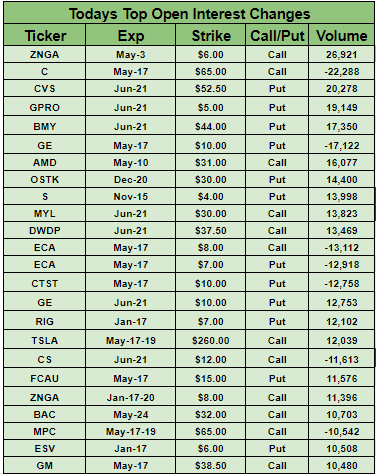 Dow futures are up 75 points, with S&P 500 and Nasdaq futures ahead by 0.3% and 0.5%, respectively, ahead of the Labor Department's closely watched monthly employment report that's likely to signal little desire to adjust monetary policy anytime soon. Nonfarm payrolls probably increased by 181K jobs last month after rising to 196K in March, with the unemployment rate holding steady at 3.8% and average hourly earnings likely climbing 0.3%. A solid official reading would bolster the notion the U.S. economy is on track for its longest expansion ever, further boosting the greenback and prospects for corporate earnings.

Following Jerome Powell's "transitory" remarks regarding inflation, market watchers are again on the lookout for more Fedspeak. Speeches from seven Fed officials are on the radar today, just days after the central bank kept policy unchanged despite a strategy rethink and calls to tilt dovish. Fed Vice Chair Richard Clarida will additionally deliver a speech about "Models, Markets, and Monetary Policy" at a conference in Stanford, CA, at 11:30 a.m. ET.

Yesterday's rally in Beyond Meat (NASDAQ:BYND) is beyond description, with shares sizzling 135% to $65.75 and giving the company a market value of $3.52B. "I think the reaction from the market is a reflection of the fact that we're highly focused on collapsing the gap between our products and animal protein," said CEO Ethan Brown. The red-hot demand for Beyond Meat shares - which are up another 17% premarket - could be considered a positive sign for Uber (UBER) ahead of its public launch next week.

Facebook (NASDAQ:FB) is recruiting dozens of financial firms and online merchants to help launch a crypto-based payments system, WSJ reports. Users would be able to use the digital coins to send payments to each other and make purchases both on Facebook and across the internet. Another idea under consideration is rewarding Facebook users with fractions of the currency in exchange for looking at advertisements. Seeking total investments of about $1B, Facebook is talking with Visa (NYSE:V), Mastercard (NYSE:MA) and First Data (NYSE:FDC) for money that would underpin the value of the coin and protect it from wild price swings.

"One of the fellows in the office that manage money... bought some Amazon (NASDAQ:AMZN)," Warren Buffett (BRK.A, BRK.B) told CNBC ahead of this weekend's Capitalist Woodstock. The Oracle himself did not make the purchases (meaning it was either Todd Combs or Ted Weschler), but Buffett said he's been a fan of Amazon and "an idiot for not buying." Berkshire Hathaway has lagged the broader market this year, with the stock up just 6.6% in 2019, compared to a nearly 18% gain for the S&P 500.

HSBC (NYSE:HSBC) reported banner first quarter results as wealth management and retail banking earnings lifted group pretax profits 31% to $6.35B Y/Y. Revenue growth outpaced the increase in expenses, a phenomenon known in industry jargon as "positive jaws," while net interest margin was 1.59% (lower than the 1.66% seen at the end of 2018). CEO John Flint also said the bank remains "alert to risks in the global economy" and has positioned itself accordingly in terms of costs and investment. HSBC +2.4%premarket.

Sinclair Broadcast Group (NASDAQ:SBGI), the largest U.S. broadcast station owner, has reached a deal valued at more than $10B to buy 21 regional sports networks from Walt Disney (NYSE:DIS), sources told the WSJ. Disney, which owns cable sports network ESPN, acquired the networks as part of its $71B acquisition of Twenty-First Century Fox's (NASDAQ:FOX) film and TV assets, but was required by the DOJ to divest Fox's sports programming for regional and local markets.

Tesla self-driving to $500B

Citibank and Goldman Sachs hosted a "broad investor call" with Tesla (NASDAQ:TSLA) executives on Thursday after the EV maker announced plans for a $2B capital raise. Elon Musk said the company's vehicle, solar and energy businesses were just a backstop of value, but self-driving systems in development now will turn Tesla into a business with a half-a-trillion dollar market cap (up from $42B currently). CFO Zach Kirkhorn also reiterated goals to deliver 90K to 100K vehicles in Q2, and between 360K and 400K vehicles in 2019. TSLA +1% premarket.

Foxconn (OTC:FXCOF) will invest further in Wisconsin, where its $10B plans are in question.

Ready for takeoff... SpaceX (SPACE) launches another Falcon 9 this weekend.

General Motors (NYSE:GM) in talks with Missouri governor for $1B plant expansion.