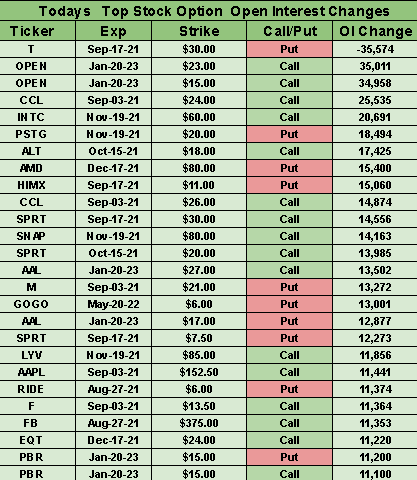 We've been hearing about it all week, but the moment has finally arrived. All eyes will be on Fed Chair Jerome Powell this morning as he speaks at the central bank's annual economic symposium in Jackson Hole. Actually, he won't be taking the podium in Wyoming, but will rather be dialing in for the second year in a row as the rapidly spreading Delta variant takes hold across the U.S.

What to watch: While traders will be analyzing his every word for the future direction of U.S. monetary policy, analysts at RBC said there is "skepticism that the Fed will provide more specific information around a timetable." There still might be some commentary on tapering, interest rates, inflation and the economic outlook, but you may want to think twice before making any rash trades. As mentioned by Eddie van der Walt at Bloomberg, "an investor who closed an S&P 500 position on the day before every Fed decision and jobs report, then reopened it the next day, would have seen a 29% underperformance since 2015 compared to if they had done nothing."

Stock index futures overnight were up 0.3% after falling back yesterday amid remarks from the U.S. Federal Reserve's hawkish wing. Dallas President Robert Kaplan said he believes the economic recovery warrants tapering to commence in October, St. Louis's James Bullard called for a start in the fall, while Kansas City's Esther George said a move should be made sometime this year (none of them vote on policy in 2021).

Go deeper: A divergence of opinions among FOMC members was already seen in minutes from the Fed's July meeting, with "most" officials preparing to reduce the $120B in monthly asset purchases this year, though "several" thought the move should wait until 2022. For his part, Powell has said the central bank is "a ways off" from meeting the threshold for tapering. There also might be some other subjects to focus on in Jackson Hole, given this year's topic: "Macroeconomic Policy in an Uneven Economy." In a note last week, HSBC's Steven Major argued that a discussion of income inequality could potentially have an effect on bond yields, saying "economic inequality is one of the longer-run structural drivers that has contributed to rates being so low."

Are You Sabotaging Your Trading?

Would you prevent that early exit if knew for a fact there were more gains in your future? You could finally stop leaving too soon and get out at the most opportune time.

But…how do you know what’s going to happen next for the markets?

A.I. forecasting predicts the behavior of your stocks up to 72 hours in advance, which no other tool can offer.

You need to be ready for rapid market changes, and it’s our job to help you avoid potential losses. Save a seat at our exclusive LIVE training session, where we will demo this top-of-the-line A.I. for free. Registrations close after 200 guests.

Tesla (TSLA) wants to sell electricity directly to customers in Texas, according to an application filed this month with the Public Utility Commission. While there aren't many details in the filing, it would create a new subsidiary of Tesla, called Tesla Energy Ventures. The new initiative would follow Tesla's recently reported move to build two giant mega-batteries in Texas, one at its factory under construction near Austin, and the other outside Houston.

Flashback: Many remember the cold snap which seized Texas earlier this year, stranding millions of residents without power or water for days. During the blackout crisis, Tesla CEO Elon Musk trolled ERCOT (Electric Reliability Council of Texas) on Twitter, saying the group was "not earning that R." Some electricity suppliers have left the market since then, while thirteen new ones have applied to sell power in Texas.

Under the plan, kilowatts could be sold that are either drawn from the grid or pulled from Tesla-made home batteries, while Tesla could let individual Texans with solar panels earn money by sharing their excess power with the grid. Federal energy data shows that Texans have installed more than 1 gigawatt of personal solar panels to date, and the state is the only one in the union with a power grid that doesn't share energy with neighboring states.

Fine print? At the helm of Tesla Energy Ventures is Ana Stewart, the company's director of regulatory credit trading. According to the recent application, Stewart has helped Tesla net over $3.8B from regulatory credits since 2017, and the new move could increase the company's margins. For example, in the second quarter of 2020, green credit sales were greater than Tesla's free cash flow and totaled more than four times the EV maker's $104M quarterly net profit.

Ending protections for millions of Americans who have fallen behind on their rent, the U.S. Supreme Court has dissolved the pandemic-related federal moratorium on residential evictions in a 6-3 vote (it was set to run until Oct. 3). A coalition of landlords and real estate associations brought the case against the Biden administration, which had acknowledged that the legal odds of the ban were on shaky ground earlier this month, but said it was worth pursuing as it would allow more time to distribute more than $45B in rental assistance. Disappointed by the latest Supreme Court decision, the White House urged states, local governments, landlords and cabinet agencies to "urgently act" to help stop evictions.

Quote: "It would be one thing if Congress had specifically authorized the action that the CDC has taken. But that has not happened," the court said in an unsigned opinion. "It strains credulity to believe that this statute grants the CDC the sweeping authority that it asserts. If a federally imposed eviction moratorium is to continue, Congress must specifically authorize it."

The eviction moratorium was put in place under the Trump administration during the onset of the pandemic and aimed to shield tenants who missed monthly rent payments from being forced out of their homes (they still owe back rent). It was originally set to expire on Dec. 31, 2020, but Congress stretched the order until late January, and it was then extended several more times under the Biden administration. While the moratorium has protected tenants nationwide, it has also resulted in financial hardships for landlords. Property owners, which say they are losing $13B a month in unpaid rent, are still liable for taxes, insurance and maintenance costs tied to their real estate.

Homebuying is also expensive: Housing prices have only continued to escalate in 2021, driven by historically low interest rates, savings accumulated during lockdowns and a desire for more space as people work from home. That has triggered increased demand, while supply has lagged due to material prices and labor shortages. In fact, the price of the typical U.S. home rose 13.2% over the past year, per Zillow, marking a record rise since the firm started collecting data in 1996. More supply may help put a lid on a prolonged period of price growth, which if left alone might eventually turn into an unsustainable boom that could push activity into reverse.

Tim Cook just received the tenth and final tranche of a pay deal he received after taking the top job at Apple (NASDAQ:AAPL) a decade ago. The award consisted of 5M shares worth a total of $750M, giving the 60-year-old a net worth of over $2B. According to an SEC filing, Cook already sold most of the new stock from the compensation package, which required AAPL's return over the past three years to surpass at least two-thirds of companies in the S&P 500.

By the numbers: In the third fiscal quarter of 2011, when Cook took over the late Steve Jobs, Apple reported $28.6B in revenue. Compare that to the most recent quarter, where sales were $81.4B, nearly three times as much. The iPhone-maker's shares have also returned more than 1,100% on his watch, while Cook has found new revenue streams, such as Apple's services business, which went from $3B in sales during fiscal 2011 to $53.8B in fiscal 2020. Apple is happy with Cook and his performance, and last September, the board granted another award that could give him more than 1M Apple shares through 2026.

Over the years, Cook has bolstered Apple's iPhone business and even released several new products, including the Apple Watch and AirPods. He has also made some major acquisitions like Beats and Intel's cellular-modem unit, as well as doubling down on the company's services business, such as subscriptions to iCloud, Apple Music, Apple News+ and Apple TV+. The catch-all category attracts new customers and entrenches current users in the Apple ecosystem.

Outlook: Cook has turned Apple into the most valuable publicly traded company in the world, continuing in the innovative ways of co-founder and tech leader Steve Jobs. While the latter's spirit still guides Cook, one of the recipes for his success may be building his own brand. "I really want [Jobs'] legacy to be with Apple 10 years from now, a hundred years from now, a thousand years from now," Cook said back in 2016. "Not for Apple to be constrained by it. We're not thinking, 'What would Steve do?' We're not thinking that. But we're very much married to his vision of making the best products."

About-face on China: Cathie Wood scoops up shares of JD.com and Tencent.