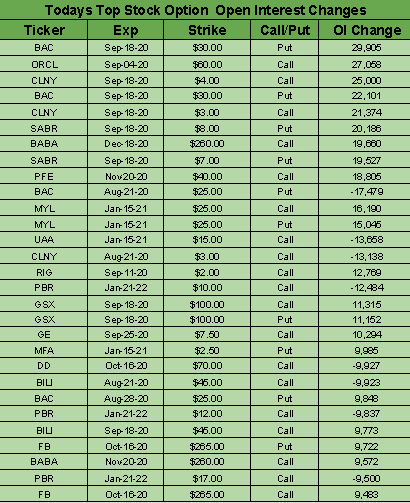 Global stocks are trekking higher after the tech rally in the U.S. continues to show legs and renewed hopes for a coronavirus vaccine. The Shanghai Composite Index rose 0.5% and Hong Kong's Hang Seng Index was up 1.3%. Japan's Nikkei tacked on 0.2% and Australia's ASX 200 slipped 0.1%. European stocks are largely higher despite sluggish PMI data, with the Stoxx 600 Index gaining 0.3%. France's CAC 40 and Germany's DAX are both in positive territory at mid-day. Meanwhile, U.S. stock futures are pointing slightly higher, two days removed from the S&P 500 Index carving out a new record high. Oil prices are down slightly amid efforts by major oil producers to hold back output. In early action, WTI crude oil futures -0.75% to $42.50/bbl and Brent crude -0.5% to $44.66/bbl. And one more thing to chew on to start the new day. Tesla (NASDAQ:TSLA), after cruising right past the $2,000 per share level, now trades with a higher market cap than Procter & Gamble (NYSE:PG), Home Depot (NYSE:HD), JPMorgan (NYSE:JPM) and Disney (NYSE:DIS).

The existing home sales report is due out today, with a consensus forecast for 5.38M home sales in July vs. 4.72M in June. Bank of America expects a mark of 5.40M. The firm also thinks bigger things are in play. "The pandemic has led to a shift from urban areas towards more suburban or rural neighborhoods where homeownership is more affordable. This is one of several factors underpinning the homeownership market," previews BofA. "While we are confident that existing home sales will see strong upside in the next report we are less confident that it will similarly surpass the prior cycle high, at least not yet." Last month, homebuilders that were volatile after the existing home sales report included D.R. Horton (NYSE:DHI), KB Home (NYSE:KBH), Toll Brothers (NYSE:TOL), NVR (NYSE:NVR) and William Lyon Homes (NYSE:WLH).

Johnson & Johnson (NYSE:JNJ) - one of the two best credit risks in the U.S. corporate world - borrowed $7.5B at historically cheap yields to fund a planned $6.5B acquisition of Momenta Pharmaceuticals (NASDAQ:MNTA). The offering priced in six parts, ranging from five-year notes with a coupon of 0.55% to a tranche of 40-year notes with a coupon of 2.45%. The AAA rated J&J got a rating for the new debt of AAA from Moody's, though with a negative outlook as the ratings agency expects slower growth from J&J's non-pharmaceutical businesses.
Go Deeper: Dig into Johnson & Johnson's financials

Facebook (NASDAQ:FB) is pushing for legislation to make it easier for users to transfer photos and videos to rival tech platforms in a move that could ease some antitrust concerns. A portability bill called the Access Act is already circulating around Congress with bipartisan support. A hearing on the issue in front of the Federal Trade Commission is set for September 22.
Go Deeper: View Facebook's Quant Ratings

Inflation in Japan stays at zero

Japan's core inflation rate landed at 0.0% in July to miss the +0.1% mark anticipated by economists and register flat prices in the nation for the second month in a row. The lack of price momentum is likely to keep the Bank of Japan continuing on its road of massive monetary stimulus and ultra-low interest rates to support government fiscal spending. The so-called core-core inflation index, which strips out food and energy prices, rose 0.4% during the month to fall short of the forecast for a rise of 0.5%. Bank of Japan Governor Haruhiko Kuroda is on record as saying that he views the risk of Japan falling back into deflation as low.

CBS (VIAC, VIACA) is seeking $5.5M for each 30-second TV ad spot for the 2021 Super Bowl - roughly in line with what Fox (FOX, FOXA) was drawing for ads in last February's game. That could be read as a reflection of pandemic uncertainty, or a testament to the staying power of America's biggest television event. In another reflection of the times, CBS will require advertisers on the TV broadcast to also appear in the online stream (for an extra $200K), while advertisers are seeking protection clauses in case the NFL season is a virus victim or the championship game otherwise isn't played.

A U.S. District Judge dismissed portions of an SEC lawsuit accusing Volkswagen (OTCPK:VWAGY) of defrauding U.S. investors in connection with the automaker's diesel emissions scandal. The judge granted VW's motion to dismiss claims it misled investors when issuing more than $13B of bonds and asset-based securities in 2014-15, but rejected as premature the company's request to block the SEC from obtaining injunctive relief and to disgorge profits.

Preliminary Eurozone PMI for August dropped to 51.6 after a 54.9 mark was recorded in July. "Companies remain cautious when making decisions on employment, again opting to lower staffing levels in August amid a lack of confidence in the strength of the recovery," noted IHS Markit's Andrew Harker. Flash services PMI stalled at 50.1 vs. 54.5 estimated and 54.7 in July. Flash manufacturing PMI was 51.7, to miss the 52.7 mark anticipated by economists and fall short of the 51.8 recorded in July. PMI readings in Germany and the U.K. came in ahead of expectations, while PMI lagged in Spain.

Retail sales bounce back in U.K.

Retail sales in the U.K. rose 3.6% in July from June to top the expectation of economists for a gain of 1.4%. Overall sales volume was above the level seen before the pandemic, according to data from the Office for National Statistics. Sales in clothing shops grew by 11.9% during the month, which could be good news for Burberry (OTCPK:BURBY), Marks and Spencer (OTCQX:MAKSF) and ASOS (OTCPK:ASOMF). Still, the road ahead for the U.K. economy looks potentially rough with the end of the furlough scheme coming in October.

What else is happening…