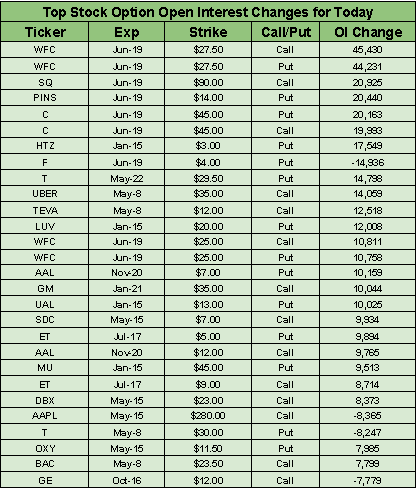 Removing a chunk of trade uncertainty that had been hanging over the market, top U.S. and Chinese officials have agreed to strengthen cooperation for a phase one trade deal (see more below). U.S. stock index futures rose another 1% on the news, building on a strong week that saw the Nasdaq Composite yesterday reenter positive territory for 2020. Yields on the 2-year Treasury note meanwhile hit a record low of 0.129% as investors digested the prospect of a surge in debt supply. An ugly jobs report is also on tap, though the market has so far blown past weak data amid progress toward COVID-19 treatment, loosening restrictions and reopening of economies.
Go deeper: 'The Bears Are Fleeing For Cover' writes Bill Gunderson.

Worst since the Great Depression

The April non-farm payrolls report is expected to show that a record 22M jobs were lost as the U.S. shut down to stop the spread of the coronavirus, driving the unemployment rate to 16%. Putting it in perspective: The U.S. economy has never lost more than 2M jobs in a single month, and while the unemployment rate reached 25% in 1933, it got there much more slowly. Due to the scale and speed of the job losses, some see a quicker recovery as things reopen, though others, like J.P. Morgan's Bob Michele, predict it will take 10-12 years to get unemployment back to pre-pandemic levels.

Top trade negotiators for the U.S. and China talked by phone overnight, pledging to create "governmental infrastructures necessary to make the phase one trade deal "a success." "In spite of the current global health emergency, both countries fully expect to meet their obligations under the agreement in a timely manner," read an emailed statement from the USTR. The call alleviated tensions seen earlier in the week after President Trump threatened to "terminate" the pact if China failed to buy promised goods and services from the U.S.

Tickets for the earliest days of Shanghai Disneyland's reopening have sold out following a three-month shutdown due to the coronavirus outbreak. The Chinese government has asked Disney (NYSE:DIS) to cap attendance of the re-opened park at 30% of capacity, or roughly 24,000 people, as it adjusts to new safeguards like social distancing, masks and temperature screenings. In an earnings call on Tuesday, executives said that shuttered parks would cost Disney roughly $1B in profits.

Michigan Governor Gretchen Whitmer will allow the state's auto manufacturing facilities to reopen on Monday, making it possible for suppliers to begin restarting plants ahead of Ford (NYSE:F), General Motors (NYSE:GM) and Fiat Chrysler (NYSE:FCAU). The Detroit Three intend on resuming operations a week later, while the last U.S. automaker, Tesla (NASDAQ:TSLA), is turning the lights on as soon as today. The latter's Fremont plant has been idled since March 23 due to shutdowns aimed at limiting the spread of COVID-19.
Go deeper: California begins to reopen today.

With no debt relief in sight, Neiman Marcus Group (NMG) has officially filed for bankruptcy on the heels of similar filings by J.Crew and Canadian shoe retailer ALDO Group. "Like most businesses today, we are facing unprecedented disruption caused by the COVID-19 pandemic, which has placed inexorable pressure on our business," said CEO Geoffroy van Raemdonck. Neiman Marcus has changed hands among private equity firms over the past 15 years, culminating in a $6B takeover by Ares Management (NYSE:ARES) and the Canada Pension Plan Investment Board.

New York Attorney General Letitia James has announces an agreement with Zoom Video (NASDAQ:ZM) concerning the videoconferencing company's security practices. This puts "protections in place so that Zoom users have control over their privacy and security, and so that workplaces, schools, religious institutions, and consumers don’t have to worry while participating in a video call." Following the news, the NYC Department of Education reversed its Zoom ban, saying the company made several fixes to address the department's concerns.
Go deeper: Zoom's first acquisition is security startup Keybase.

It's the latest retrenchment by Alphabet (GOOG, GOOGL) under new CEO Sundar Pichai as the company ditched plans to develop a "smart city" along Toronto's waterfront. Costs, real estate pressure and economic uncertainty were all reasons cited for the decision. The 12-acre project, under Alphabet arm Sidewalk Labs, had been a favorite of Google co-founder and former CEO Larry Page, who envisioned an energy-efficient neighborhood where sensors tracked residents and responded to their needs.

Why was everyone coming to the office?

Facebook (NASDAQ:FB) is extending a policy that will give employees the option to work remotely through the end of 2020, while Mark Zuckerberg acknowledged that the majority of workers are able to do so. Facebook will still reopen most of its offices on July 6 for staff that need to come in, as well as other employees who choose to return to the office. For many industries, however, will work-from-home become a standard job feature in the post-pandemic world?

Bitcoin (BTC-USD) is a hedge against "inflation" - Paul Tudor Jones.