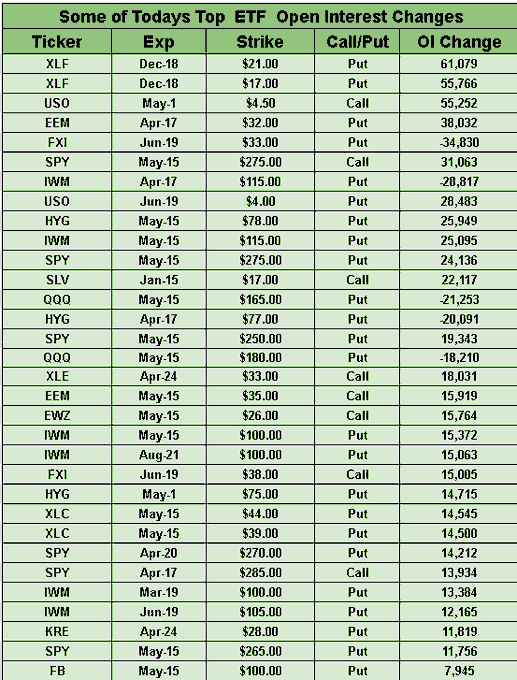 U.S. stock futures jumped Thursday evening after President Trump announced plans to reopen the U.S. economy, triggering big overnight gains across the globe. The federal guidelines detail three specific "phases" (strict social distancing, limited gatherings, identification and isolation), but aim at easing restrictions in locations with low COVID-19 transmission and holding the line in harder-hit areas. As many as 29 states could open up relatively quickly, according to Trump, though governors of both parties made clear they will move at their own pace.
Go deeper: Elliott still sees 50% downside from February highs.

There were several other catalysts for the surge upwards, including hopeful buzz from a study on Gilead Sciences' (NASDAQ:GILD) remdesivir in severely ill COVID-19 patients. Boeing (NYSE:BA) also announced the resumption of airline production with about 27K workers at its Puget Sound-region facilities next week and Uber (NYSE:UBER) disclosed Q1 and Q2 charges that perhaps weren't as bad as feared. The Mayor of Jacksonville, FL, further announced the partial reopening of beaches as of 5 PM ET on Friday.
Go deeper: Moderna gets federal funding for coronavirus vaccine effort.

Beijing is likely to cut its benchmark lending rate on Monday - for the second time this year - after its economy shrank 6.8% in the first quarter due to the coronavirus epidemic. That's the first contraction since at least 1992 when the government began publishing quarterly records. Business activity in China has returned to roughly 83% of capacity, up from 70% about a month ago, and many expect the economy will grow 2.0% for the full year.
Go deeper: Will there be a relations reset with China?

A fight over small business funding will carry into next week after the Senate adjourned late Thursday without an agreement. At issue: Republicans want another $250B for loans before moving on to other aid and stimulus proposals, while Democrats want to include cash for hospitals, state and local governments, and food assistance. Without additional funding, banks and the SBA will be unable to approve more of the PPP loans designed to avert layoffs. $349B was initially allocated to the program, but that ran out yesterday, just two weeks after applications for the program opened.

Many are highlighting the unusual partnership outlined in the CARES Act, which will allow the U.S. Treasury to pool $454B together with the Fed's lending facilities to create $4T in loans aimed at helping businesses, states and local governments. If losses in the borrowing vehicles turn out to be larger than the amount Treasury has put in, the department will take the first hit, and the Fed will end up paying less money at the end of the year. While many see the program as another loss to the central bank's independence, the two entities are "closely joined at the hip in the crisis," said New York Life's Steven Friedman. "As they should be."

As demand for online orders surge, Toyota-backed (NYSE:TM) self-driving company Pony.ai is teaming with e-commerce site Yamibuy to deliver packages and groceries in the city of Irvine, California. Deliveries will go directly to customers' doorsteps via a safety driver, or customers can choose to collect packages from the trunk of the car. Pony.ai operates a fleet of 10 modified Hyundai (OTCPK:HYMLF) Kona electric vehicles, which had been used as a robotaxi service in Irvine and Fremont.

"We followed protocol," responds Carnival (NYSE:CCL) CEO Arnold Donald, after a Bloomberg Businessweek article accused execs of allowing partying to continue on ships amid the risk of coronavirus. Outbreaks occurred aboard the Diamond Princess and Grand Princess in February, ultimately leading to 815 passenger infections and 15 deaths, though the CDC only issued a "no sail order" on March 14. Carnival will not receive funding from the CARES Act (because it's incorporated outside the U.S.) and shares are down 77% since Jan. 1. There are no plans to re-incorporate elsewhere, according to Donald, who hopes to extend some existing debt in Germany, the U.K. and Italy.

Insurers are rejecting claims from restaurants and other businesses hurt by the coronavirus crisis, viewing those claims as unwarranted, under the conditions of their policies. "Pandemic is very different. It has no bounds or time limit," said Chubb (NYSE:CB) CEO Evan Greenberg. "You can't just retroactively change a contract. That is plainly unconstitutional. The only one who could really take the infinite nature, financial nature, of that is the government."

WTI crude oil contracts for May delivery slumped 9% overnight to $18.03/bbl after OPEC economists slashed their global demand forecasts and the Energy Department said domestic producers had boosted U.S. inventories by a record 19.2M barrels. Data also showed that Saudi Arabia's oil exports to the U.S. skyrocketed in the last month, with shipments going from an average of 366,000 barrels per day in February to 829,540 bpd in March, a multiple of around 2.5. Brent and WTI contracts for June delivery are trading flat at about $27.84/bbl and $25.53/bbl, respectively.
Go deeper: ConocoPhillips cuts output by 30%, largest so far.

Planet Fitness (NYSE:PLNT) soars as gyms may reopen in phase 1.

Amazon (NASDAQ:AMZN) aims to test all employees for COVID-19.