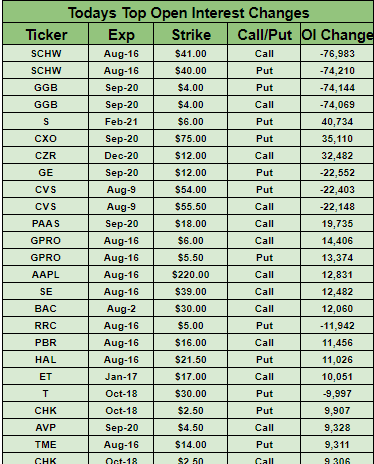 China doesn't want a trade war, but it isn't afraid of fighting one, according to the country's foreign ministry, which added that Beijing will be forced to take countermeasures if the U.S is bent on putting more levies on Chinese goods. On Thursday, President Trump vowed to slap an additional 10% duty on the remaining $300B of not-yet-tariffed Chinese imports from Sept. 1, sharply escalating a bruising trade war and rocking financial markets. Immediately after the announcement, oil prices nosedived 8% and Treasury yields plunged below 2%, while China's yuan dropped to a 2019 low and the DJIA closed down 280 points. Losses are extending into today's session, with Shanghai finishing 1.4% lower, the Euro Stoxx 50 (NYSEARCA:FEZ) sliding 2.4% and U.S. stock index futures off by more than 0.4%.

Rate cuts back on the table?

The timing of Trump's trade tweet is particularly noteworthy, as it occurred just a day after Fed Chair Jerome Powell said trade tensions had returned to a "simmer." Trump also expressed disappointment in Powell, calling for a more dovish stance at the Fed and the "beginning of a lengthy and aggressive rate-cutting cycle." It may be unrelated (given renewed trade talks just ended), but traders are now pricing in two more interest rate cuts by year's end and increasing bets of further policy easing in 2020.
Go deeper: 'The Importance Of Government Bonds' by BlackRock.

Piling on to the latest tariff threats against China, President Trump will make an announcement on EU trade at 1:45 p.m. ET, according to the White House's daily guidance. Trump previously threatened tariffs on EU cars, food and alcohol, and a deadline for talks was expected to come due in November. Adding to the tensions, Brussels and Washington have remained locked in disputes over their aviation giants - Airbus (OTCPK:EADSY) and Boeing (NYSE:BA).
Go deeper: Holdings of Euro Stoxx 50 ETF (FEZ).

Threatening the global supply chain for smartphones and electronics, Japan's cabinet has approved a plan to remove South Korea from a list of countries that enjoy minimum export controls. Cutting Seoul from the so-called "white list" could require Japanese exporters to obtain permits, potentially slowing down exports for screening against weapons and military applications. The decision comes a month after Japan tightened curbs on exports to South Korea of three high-tech materials and will likely escalate tensions fueled by a dispute over compensation for wartime forced laborers.

Today's nonfarm payrolls report has slipped to the back burner, but investors are still keeping an eye out for what the figures will mean for interest rates. U.S. job growth likely slowed in July to 164K - after outsized gains of 224K in the prior month - while wages probably maintained their moderate pace of increase, boosting expectations for another Fed rate cut next month. The unemployment rate is forecast unchanged at 3.7%, marking the lowest jobless rate in nearly 50 years.

The Pentagon has decided to put on hold its decision to award a $10B cloud computing contract after President Trump said his administration was examining Amazon's (NASDAQ:AMZN) bid following complaints from other tech companies. The contract, called the Joint Enterprise Defense Infrastructure Cloud, or JEDI, is part of a broad modernization of the Defense Department's information technology systems. Oracle (NYSE:ORCL) and IBM (NYSE:IBM) have since been eliminated from the competition, leaving Amazon and Microsoft (NASDAQ:MSFT) as finalists.
Go deeper: Amazon vs. its peers.

Building permits reveal Tesla (NASDAQ:TSLA) plans to do solar roof testing at its car plant in Fremont, California, after struggling with the business following its $2.6B acquisition of SolarCity three years ago. CEO Elon Musk first unveiled the idea for the roof in October 2016 and recently tweeted his hopes to produce about 1,000 solar rooftops a week by the end of this year. The solar power-generating roof tiles would look something like premium architectural shingles.
Go deeper: Ratings on Tesla.

The Federal Trade Commission's probe into Facebook (NASDAQ:FB) is investigating acquisitions like Instagram and WhatsApp, WSJ reports. Facebook already confirmed in its earnings report last week that the FTC launched another probe into the company, this time focused on antitrust. The news came the same day as the FTC announced a $5B settlement with the tech giant over its privacy practices that fueled the Cambridge Analytica scandal.
Go deeper: 'Facebook Investors: Welcome To Your New Reality' by Michael Henage.

Lowe's (NYSE:LOW) is laying off thousands and outsourcing to third-party companies.