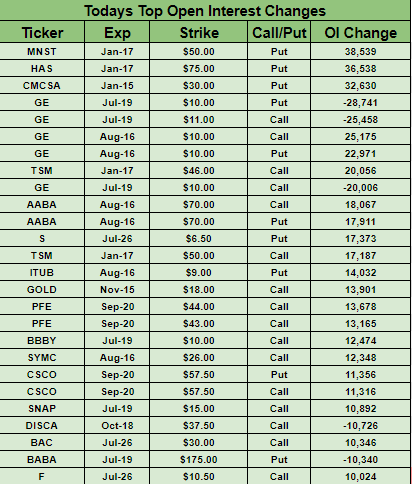 Deeper rate cut optimism and strong tech earnings from Microsoft (NASDAQ:MSFT) are all it took to get Wall Street back on track as DJIA futures point to gains of 110 points at the open and the Nasdaq ahead by 0.5%. New York Fed Governor John Williams got the ball rolling with comments that rate setters were better off taking "preventative measures than to wait for disaster to unfold," though the bank later said he didn't intend to signal any specific policy changes. Fed Vice President Richard Clarida later echoed William's proactive approach, saying you "don't have to wait until things get bad to have a dramatic series of rate cuts."

Microsoft (MSFT) is set to open at a fresh record high, up 3.4% premarket to $141/share, giving the tech giant a market value of well past $1T. Shortly after the close on Thursday, the company topped Wall Street forecasts with a bottom line of $1.37 per share, marking a 21.2% surge from the same period last year driven by cloud strength and its popular Azure product. It's the first time in more than three years Microsoft’s Intelligent Cloud division produced more quarterly revenue than segments containing Office and Windows.

Drone down, crude up

While benchmark crude prices are on track for their biggest weekly decline in seven weeks, oil futures rose 1.4% to $56.19 overnight as President Trump said the U.S. Navy downed an Iranian drone that flew close to an American warship in the Strait of Hormuz. The area is a major chokepoint for global crude flows. The IEA still doesn't expect oil prices to rise significantly because demand is slowing and there is a glut in global crude markets, Executive Director Fatih Birol told an energy conference in New Delhi.

Looking to win control of four board seats, Carl Icahn has formally launched a proxy fight against Occidental Petroleum (NYSE:OXY) after talks with the oil company’s CEO failed to reach an agreement. The activist investor previously blasted the oil producer for failing to give owners a say on its proposed $38B acquisition of Anadarko Petroleum (NYSE:APC), which he has called "misguided and hugely overpriced." According to an Occidental spokesman, the use of a consent solicitation to elect directors would require a majority of shares outstanding to be voted in favor, a greater hurdle than a special meeting of shareholders.

AB InBev Down Under

Anheuser-Busch InBev (NYSE:BUD) is going for Plan B after pulling the IPO of its Asian business last week, which sought to raise nearly $10B with a listing in Hong Kong. A new deal will see AB InBev sell its Australian subsidiary to Asahi Group Holdings (OTCPK:ASBRF) for $11.3B, but will still keep a possible IPO of Budweiser Asia-Pacific on the table. An aggressive spending spree in recent years left the Belgian brewer with more than $100B in debt at a time when beer sales are slowing worldwide. BUD +3.9% premarket.

PepsiCo (NASDAQ:PEP) has agreed to acquire South Africa's Pioneer Food Group (OTC:PNRRY) for $1.7B, marking the biggest ever deal for the U.S. drinks and snack group outside its home country. The transaction made sense as Africa "is a key market for future growth," according to a press release. It's part of PepsiCo's goal to become more locally focused and will see the company expand in sub-Saharan Africa by boosting its manufacturing and distribution capabilities.

Likely wiping out any profit for Q2, Boeing (NYSE:BA) is setting aside about $4.9B to compensate airlines that have suffered because of the prolonged grounding of its 737 MAX. The planemaker also faces litigation seeking compensation for families of the 346 people who died in two crashes, as well as higher costs after curtailing MAX production. The costs and the potential timing of the MAX’s return to commercial service will be a key focus of investors when Boeing releases earnings for the second quarter next week.

Following a series of technical problems and other issues, Orlando has canceled a second pilot program with Amazon's (NASDAQ:AMZN) Rekognition platform. It's the latest setback for the facial recognition service, which has been plagued by criticism of its contributions to bias policing and unlawful surveillance, as well as the clandestine way Amazon has gone about selling it to police departments while it's still in active development. President Trump also said Thursday that his administration was looking closely at Amazon's bid on a $10B JEDI cloud contract with the Defense Department after getting complaints from other tech companies.

The winding saga of a Sprint (NYSE:S)-T-Mobile (NASDAQ:TMUS) merger may have an end in sight, as CNBC reports that if the companies and Justice Department don't settle next week, the DOJ will sue to block the $26.5B deal. The companies have been in talks for weeks to sell Boost Mobile to Dish Network (NASDAQ:DISH) but are haggling over issues such as restrictions over who can buy the divested assets if they are sold in the future. T-Mobile and Deutsche Telekom (OTCQX:DTEGY), which owns 63% of T-Mobile, are seeking to prevent them from going to a cable or technology company.

There are some new developments on the trade front as U.S. and Chinese senior officials spoke by phone for the second time since a late June summit, at which the two sides agreed to a truce in their ongoing trade conflict. U.S. Treasury Secretary Steven Mnuchin suggesting in-person talks could follow. China also made its biggest purchase of U.S. sorghum since April last week, according to U.S. Department of Agriculture, buying 51,072 metric tons of the grain even though China imposed a 25% retaliatory tariff on American shipments in July 2018.

New York gets to work on Green New Deal.