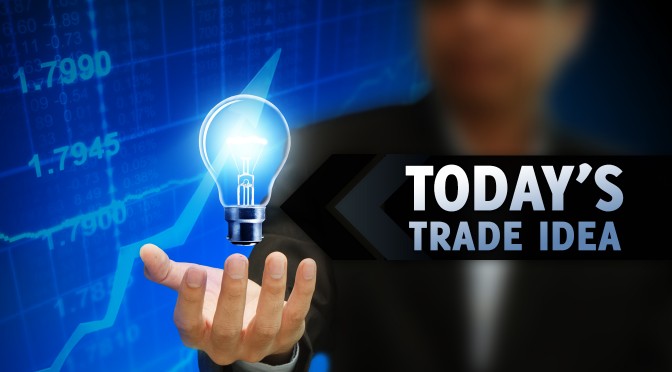 S&P500 futures roared higher over night to new record highs.  This came on the heels of an unusual and sharp overnight sell-off.  Unusual is probably the best term to describe any sell-off these days, which means this market is still trending higher.  The "ludicrous" recovery yesterday from session lows, is the same type of "ludicrous" action we've seen the last 8 years.

Nothing lasts forever.  And we both know hearts can change.  So lets move on to some stockcharts in the cold October rain.

The opening bell nears so I will be brief.

It's the FANG.  Yesterdays I covered my concern with small caps and their momentum.   Today $IWM cleared $150 yet again.  While still a concern, we could just be witnessing that seemingly endless sideways action like we saw for the better part of this year.

However the long term momentum of FANG is something to watch.

We are just a few weeks removed from the much heralded $AMZN head and shoulders pattern..... well  $70 of upside later erased all talk of that.  Yet momentum is turning over short term and more concerning on the longer term scale.   Something $AMZN hasn't seen since 2014.  Let's wait for a break first, but this could spell a downside move under $900.

and $FB a failure to overcome long term resistance

on the bright side.   Nasdaq could be just breaking out which means any bearish pattern is just a bullish one on disguise.

Momentum sell signals on $AMZN and GOOGL are fairly close at hand.  If $QQQ breaks below support, there will be some nice trade-able set-ups for downside.

It's tough thinking about downside after all the upside we've seen.  After all the dips that have been bought.  Those trading for downside have looked like a business man riding to work on a tricycle.... while honking  one of those kids horns.  It hasn't been pretty.  Despite the relentless upside and likely fresh record highs we will see in the months ahead, we can't close our eyes to the possibility of some potential downside.