We have been a perma-bull on Netflix (NFLX) for quite sometime. When there were dips, we bought calls. When the stock went higher, we bought calls. Analyst downgrade? Thats right, we went calls. So why in the world would we buy puts on Netflix (NFLX) today after winning a ground breaking Emmy Emmy Award last night? Exactly, because folks would think the opposite here and we think the stock has put a short term top in at $320. The stock has been above the 50dma since July, and think it has a chance to test there in the coming days. That would pull the stock under $275. Expect rumors of Ichan selling his stake or some other wrong catalyst. Quite honestly it will be the smart money who has held all the way up, taking profits before the next leg to $400 in the next 6-12 months.

We currently hold $275 and $280 Puts and may add or close out position at anytime! 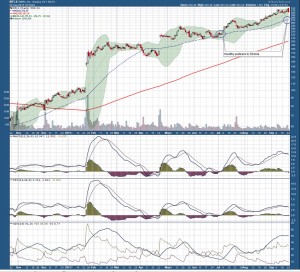