Here are a few charts I am looking at heading into this week with a brief commentary on each.

$V trying to get above the former long term support levels.  The stock suffered a similar pull back in the middle of last year, after breaking out to record prices.  Currently $V looks to have found support and looks poised to head higher.  I think the stock could retest record levels before the middle of the summer hits.  We could see a similar move in $MA as well. 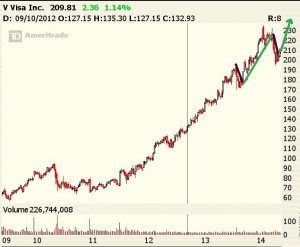 $DDD This stock has been giving out gains early in the week the last two weeks.  It also remains above support at the $46 level.  A move to $60+ into the summer remains in play as long as support holds, which I think it will. 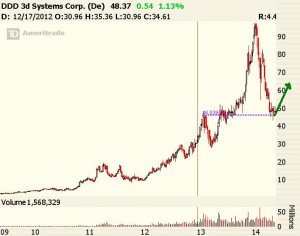 $MRVL reports earnings this week.  The stock is above long term resistance, now support.  I think this stock could see $20+ heading into the fall. 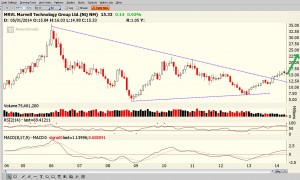 $QQQ  everyone sees this big head and shoulders top that will send the NASDAQ crashing down.  I see a descending broadening wedge break that will send the NASDAQ much higher than it is currently trading for.  The break out of the wedge has already happened, the head and shoulders topping pattern that every bear is looking at still has not resolved, and much like every possible topping pattern since March 2009, it will become a distant memory as stocks move higher into the summer. 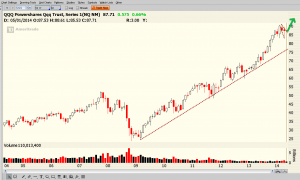 $TLT has soared recently in spite of having every logical reason to sell off.  $TLT sits at multi- year resistance and has failed to break it.  I am looking for a nice pull back to the $105 area in the medium term. 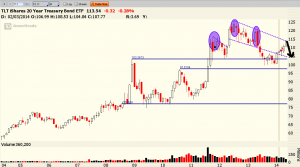