AAPL has risen over $40 the last three trading sessions hitting a high today of $611.27.  The line in the sand has been $570.  There is solid support at that level and after failing , since June 4th, to break that line with any real conviction, the bulls have taken over.  AAPL now sits very close to some strong resistance.  The resistance lies at $615 and while I did get into a few out of the money puts today for a pull back, I will be adding more PUTs should AAPL hit that line and fail to break it.

The risk would be another drawn out fight much like the battle at $570, where AAPL trades in a narrow range crushing the price of all out of the money options.  The reward would be a similar multi-day spike lower which would turn some very cheap calls into some very expensive ones.

I will be watching the $615 level like a hawk and buying some additional out of the money puts when she hits that price. 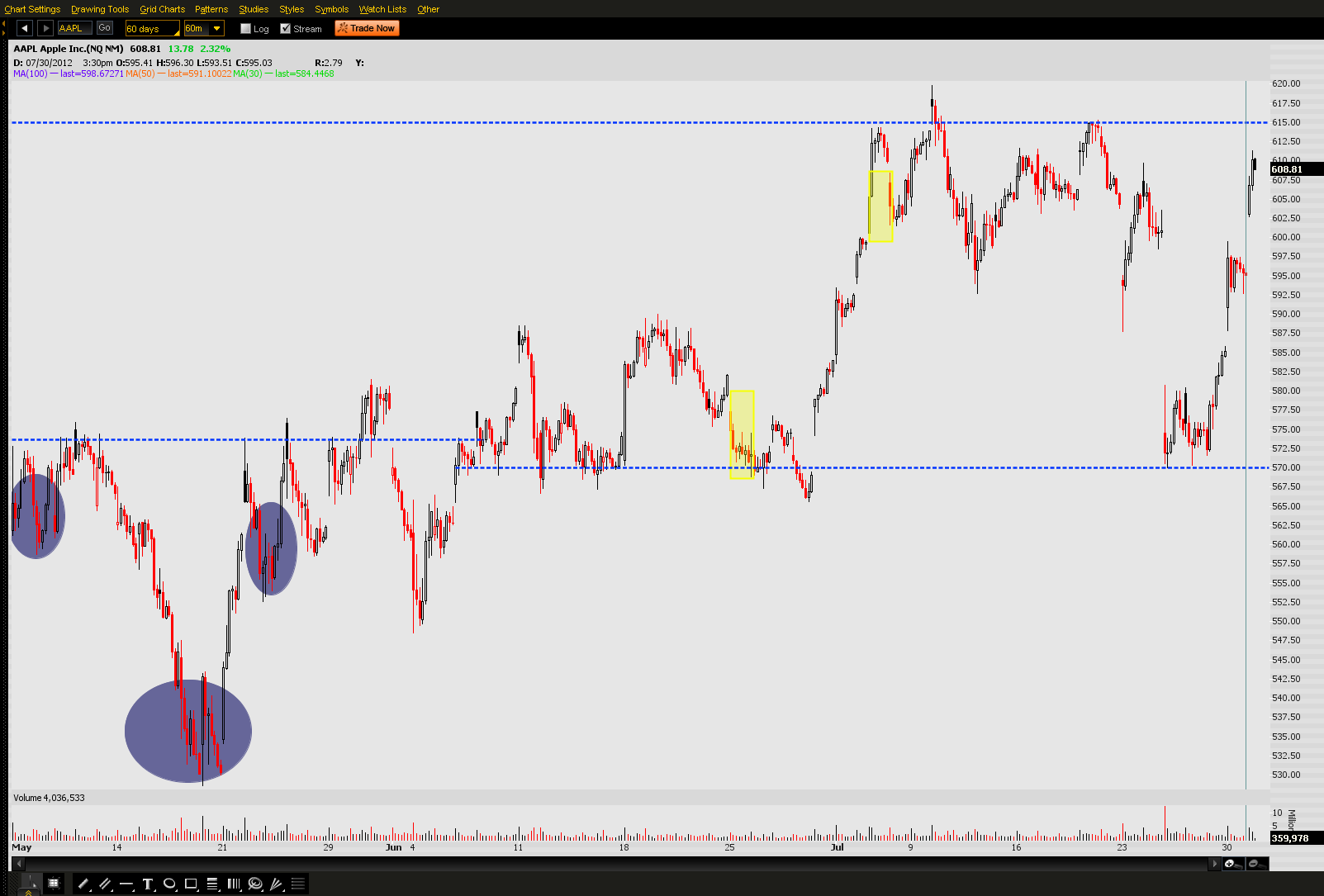